A Holiday of the Kind-Hearted: Today Is the Day of Charity

On December 13, Ukraine celebrates the Day of Charity. According to the Kiev International Institute of Sociology, the most famous charitable organization in the country is the Rinat Akhmetov Foundation. For 15 years, the Foundation has been implementing projects of a national scale in the field of medicine, culture and social sector. 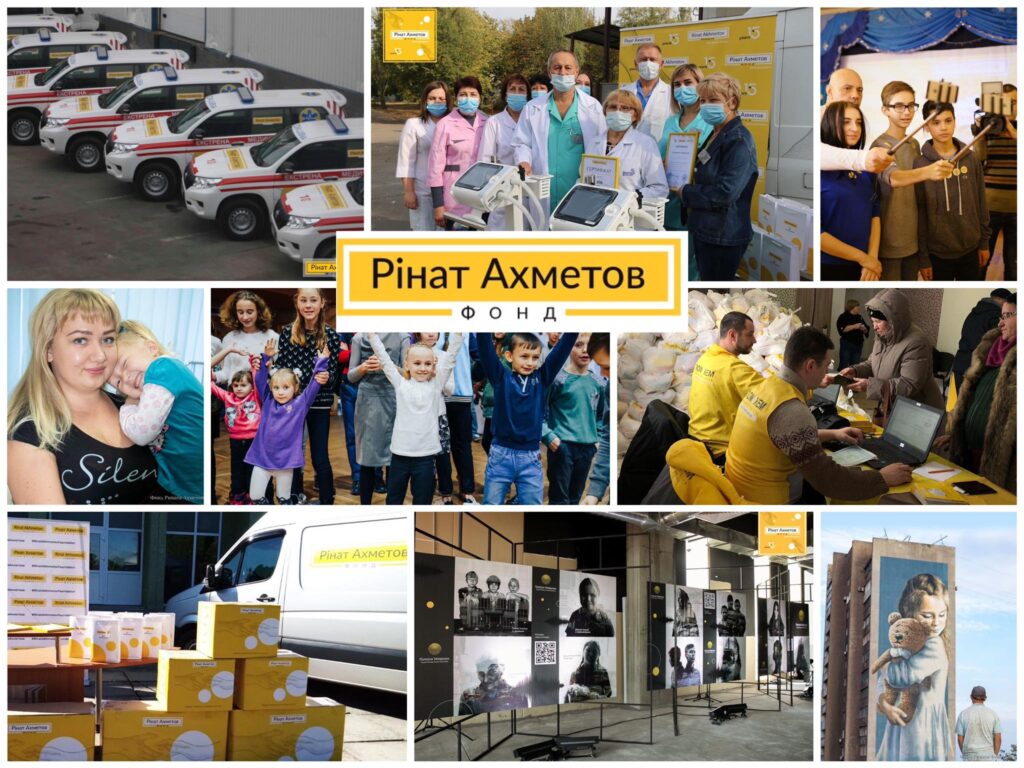 The Rinat Akhmetov Foundation is always there, where it is needed the most. In 2020, due to the coronavirus pandemic, public hospitals in large cities and remote villages and towns most of all needed such support. Therefore, all the resources of the Foundation and businesses of the SCM group were combined to help medicine workers. Therefore, the project “Fighting COVID-19 in Ukraine” was launched.

“Rinat Akhmetov was the first to come to the aid of the country and allocated UAH 300 million to fight the coronavirus. Support hospitals in all regions of Ukraine were supplied with 200 thousand units of personal protective equipment and consumables, and 337 thousand express tests to detect COVID-19. Doctors received over a thousand pieces of medical and laboratory equipment, including about 200 high-quality ALV devices. This equipment helps to save the lives of patients with severe complications from coronavirus, «said Natalya Yemchenko, member of the Supervisory Board of the Rinat Akhmetov Foundation.

The project “Fighting COVID-19 in Ukraine” became part of the large program “Rinat Akhmetov – Saving Lives”, in which 200 ultra-modern ambulances were transferred to all regions of the country last year. Health care institutions received specially equipped vehicles of three types: for emergency care for adult patients, for resuscitation of newborns and ambulances-off-road vehicles that are designed to work in mountainous areas and remote settlements.

The project “200 ambulances for Ukraine” has changed the system of emergency care, raising it to a qualitatively new level. During the years of independence of the country, never before has a single benefactor handed over so many vehicles to the emergency medicine system.

The Foundation has dozens of programs and projects on a national scale. One of the most famous and significant is the program “Rinat Akhmetov to Children. Say no to orphanhood!” and the national adoption portal sirotstvy.net. It turned 11 in December. The program and the portal have changed the lives of almost 10 thousand children left without parental warmth. They all found moms and dads. The mission of the program has remained unchanged for many years, which is aimed to help children find happiness in the family and show that adoptive parenting is a responsible but feasible step.

The Foundation is the only one in Ukraine to provide systematic and large-scale support to children with hearing problems and heart defects, helped boys and girls, who are living in Donbas, with psychological and physical rehabilitation.

“Rinat Akhmetov set the task for the Foundation’s team to help those who need it most, to help where it is most difficult. Over 15 years of operation, the Rinat Akhmetov Foundation has achieved unprecedented results in the field of charity and has become the largest private initiative in the country. The Foundation’s programs and projects have changed society and its attitude to many pressing problems: orphanhood, cancer and tuberculosis. Today, the Foundation sets trends for other charitable organizations, promotes systemic changes, and implements the best international practices,” said Natalya Yemchenko, a member of the Supervisory Board of the Rinat Akhmetov Foundation.

Previous Post
The Rinat Akhmetov Foundation Donated Modern Ventilators to Doctors of Kryvyi Rih
Next Post
On the Day of Honouring the Participants in the Liquidation of the Consequences of the Chernobyl Accident: the Story of a Zaporizhstal Worker