“Civilians Voices. Museum of Rinat Akhmetov Foundation”: “I can’t wait to get home!” – the story of Aleksandra Velikaya

Rinat Akhmetov Foundation continues to collect the evidences of witnesses within the scope of a unique online-museum “Civilians Voices”. This is a safe, trust-based space for the residents of Donbas whose fates have been forever changed by the armed conflict. This is where they can tell their story to the world, get free from the burden of silence, encouraging others to share their story and allowing people around the world to hear, see, understand and feel the pain of their experiences. 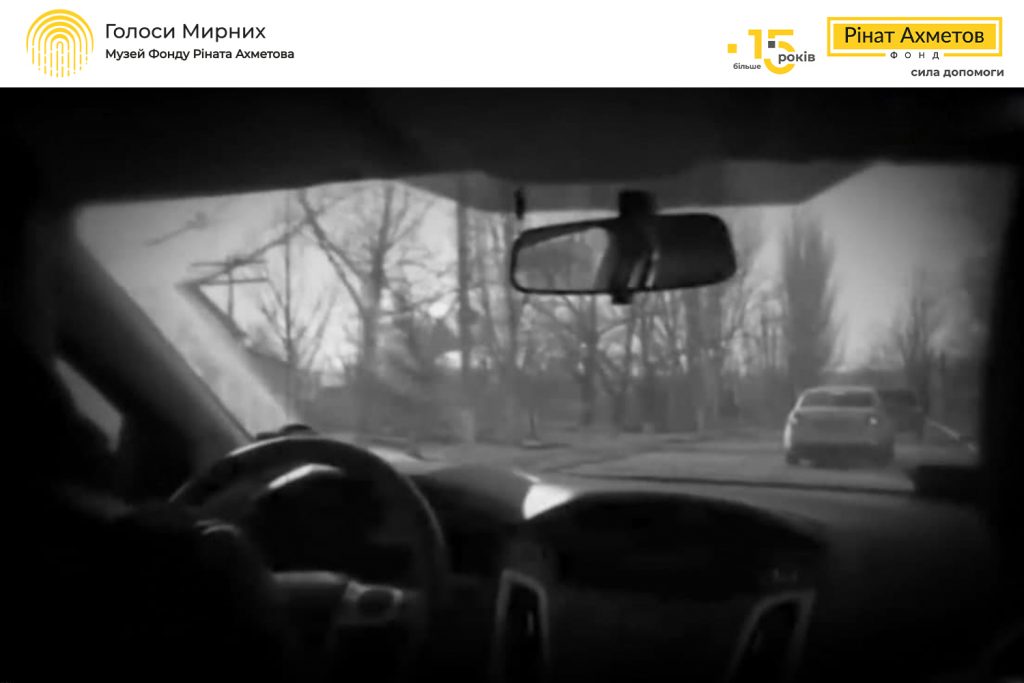 Alexandra Velikaya from Shyrokyne told her story for the Museum. In her old age, the woman was forced to leave her home and no longer knows if she will ever return back. The more so because practically all the settlement has turned into ruins.

– They started shooting hard. In the beginning they were shooting a little, I didn’t go to the basement. I was sitting and praying. I was saying “the Lord’s Prayer”, and after finishing I started again and again. I was thinking: “How it may end? Are they shooting hard, or will it be more horrible?” – remembers the woman.

According to Aleksandra Petrovna words, she was afraid to go to the basement. She was thinking that if the house were destructed, it would squeeze her.

– Then came the neighbour to take his mother by car. He was saying: “Auntie Shura, will you go?” I told: “Where”?” “Don’t you know anything? There is nobody staying in this street, you and my mother are left”. There is no way to stay here. I told him: “Absolutely”. He gave me two minutes to get ready. I am dreaming to get to Shyrokyne. Only there? Everything is completely destroyed. All the village has been destroyed, burnt and devastated. And we don’t know what will be in future – states the woman. 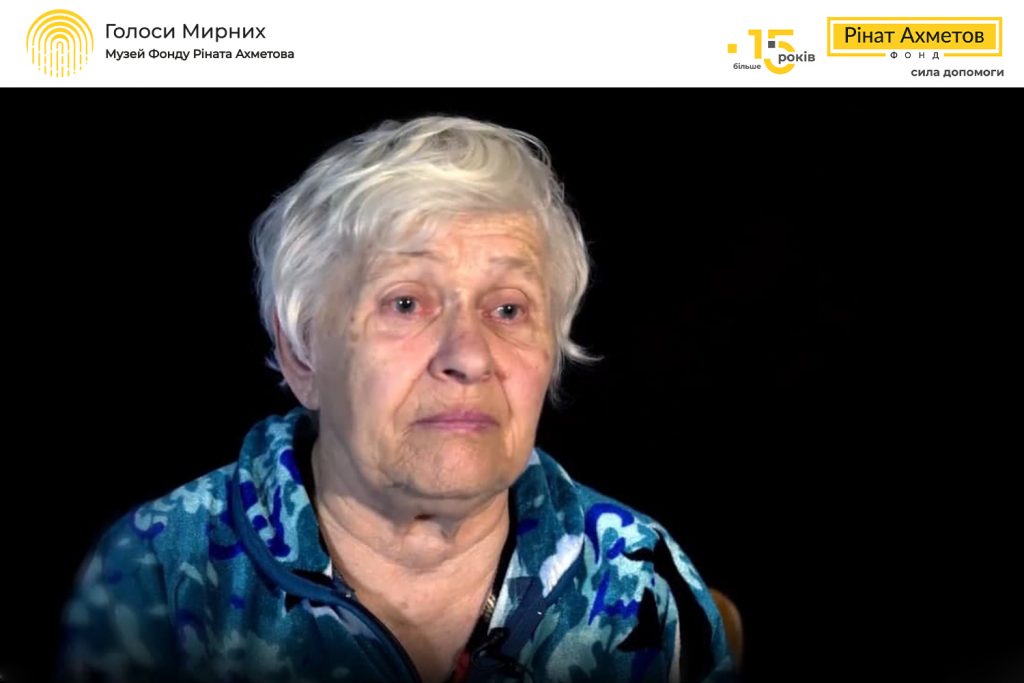 The Rinat Akhmetov Foundation Museum of “Civilian Voices” is a worldwide project that plans to collect 100,000 stories of civilians who suffered as a result of the armed conflict in Donbas by 2025.

“We cannot open the museum in Donetsk, so we create it online. It will work as an online archive, online expositions, online and offline projects, and also as a media. Rinat Akhmetov helped, is helping and will continue to help civilians in Donbass. In 2014, the Humanitarian Center was created, which provided unprecedented assistance and, in fact, saved millions of lives. Each life has its own fate. We want to create the world’s main archive of Civilian evidences. We believe that in this way we keep the voices from the past and the present for the sake of a better future,” says Natalya Yemchenko, a member of the Supervisory Board of the Rinat Akhmetov Foundation.

Today the Museum of the “Civilian Voices” is the largest collection of stories of Donbass civilians in Ukraine. Your story matters too! Tell it to the world! Follow the link https://civilvoicesmuseum.org/my-story and fill in a short questionnaire to make your contribution to remembrance work. Also Donbass civilians can contact the Foundation for free psychological help by calling 0800509001.

Since the beginning of the armed conflict in the East of the country, thanks to Rinat Akhmetov Foundation, a humanitarian catastrophe in Donbas has been prevented. 3.5 million people have been helped to survive due to Rinat Akhmetov help.