On June 11, Rinat Akhmetov Foundation and SCM handed over two lung ventilators to the doctors of the Konstantinovka Infectious Disease Hospital. This is part of the largest batch of lung ventilators brought to Ukraine since the beginning of the epidemic. 32 of 200 pieces purchased by the Foundation were delivered to the country in early June. They are distributed between supporting hospitals in six regions. 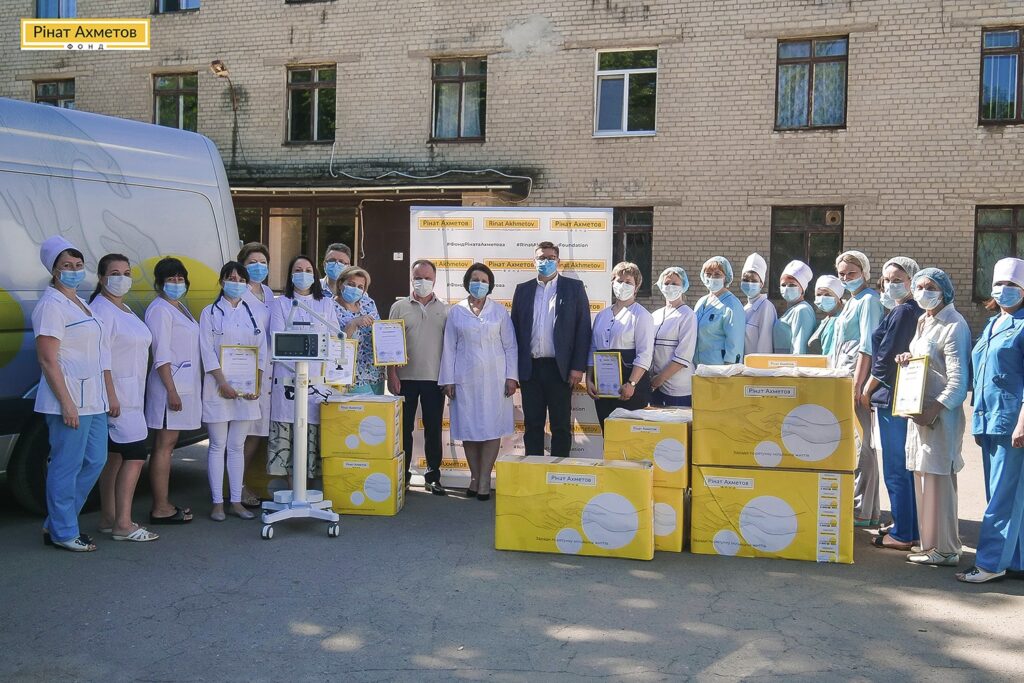 – The devices were sent to the hospitals that need them most. There where there were no modern lung ventilators yet, but there are patients whom they can save their lives for,” said Natalya Yemchenko, member of the Supervisory Board of Rinat Akhmetov Foundation.

Yuriy Razumnyi, the Secretary of Konstantinovka City Council, noted that COVID-19 became a problem for all humankind, which can only be dealt with jointly and thanked Rinat Akhmetov Foundation for helping Ukrainian doctors fight the epidemic.

– A lot of organizations are involved in eliminating the consequences or preventing the negative consequences of this disease. However, the most effective and timely response to the challenges facing our country, including on the front of the fight against COVID-19, is Rinat Akhmetov Foundation. Many thanks! – said Yuri Razumnyi.

Alexander Pedenko, deputy head of the organization and development of medical assistance to the population of the Department of Health of the Donetsk Regional State Administration, also noted the unprecedented scale of assistance provided to the region by Rinat Akhmetov and emphasized the importance of the transfer of lung ventilators: 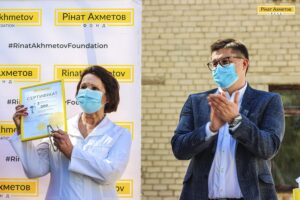 – The necessity for modern ventilators, which help patients to recover, was also in Konstantinovka hospital, which previously had only portable devices. Now there are also stationary ones. The same devices were obtained by doctors in Kramatorsk, Bakhmut, Mirnograd. Thanks for your work!

Alexander Vishnyakov, SCM representative in Donetsk regional headquarters for the fight against coronavirus, spoke about the great work done by Rinat Akhmetov Foundation to help Ukraine.

– Governments all over the world are fighting for this equipment. Doctors themselves admit that today it is almost impossible to buy high-quality lung ventilators, since they are necessary for everyone. But Rinat Akhmetov Foundation coped with this task, – said Alexander Vishnyakov. After that, he handed over certificates for medical clothing, which will be sewn to each doctor on an individual special order.

– This meeting with Rinat Akhmetov Foundation is not our first, but special. We got lung ventilators. The disease that we are fighting has features and gives complications to the respiratory system, in which ventilation is mandatory. Those devices that are in surgical hospitals and intensive care units are not adapted for such work. Now we get devices that meet the requirements of the time. These are actually computers that help the doctor give the correct ventilation regimen for the patient, proper observation, and proper monitoring, – said Nadezhda Sheychenko, head physician of the MNE “Infectious Diseases Hospital of Konstantinovka”.

According to Nadezhda Vasilyevna, the doctors working in the medical institution she heads are already ready to work with modern lung ventilators. Konstantinovka infectious disease specialists underwent online training with leading Ukrainian experts in the area of mechanical ventilation.

– Our experts have learned how to work with these devices. I am sincerely grateful to the Foundation for cooperation, for understanding, for the fact that small hospitals are not forgotten, – added Nadezhda Sheychenko. 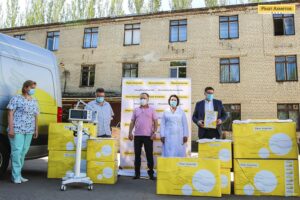 Rinat Akhmetov Foundation in conjunction with the Ministry of Health organized the webinar for doctors. Over 800 doctors from all regions of the country attended the first conference.

The series “How the lung ventilators work”, created by the Rinat Akhmetov Foundation and the Ministry of Digital Transformation, also helps to learn remotely. The number of views exceeds 170 thousand.

From the very beginning of the epidemic, Rinat Akhmetov Foundation has been helping doctors in Donetsk region to cope with the challenge. Express tests, personal protective equipment and equipment for hospitals and laboratories are transferred to the supporting hospitals of Mariupol, Selidovo, Kramatorsk, Konstantinovka, Pokrovsk, Volnovakha, Slavyansk, Bakhmut, Avdeevka and other cities of the mining region.