On October 1, Rinat Akhmetov Foundation together with the Metinvest Company handed over two artificial lung ventilation devices made in France to the doctors of the Mariupol City Hospital No. 9. The presentation took place within the framework of the Fight against COVID-19 in Ukraine project, which became part of the large program “Rinat Akhmetov – Saving Lives”. 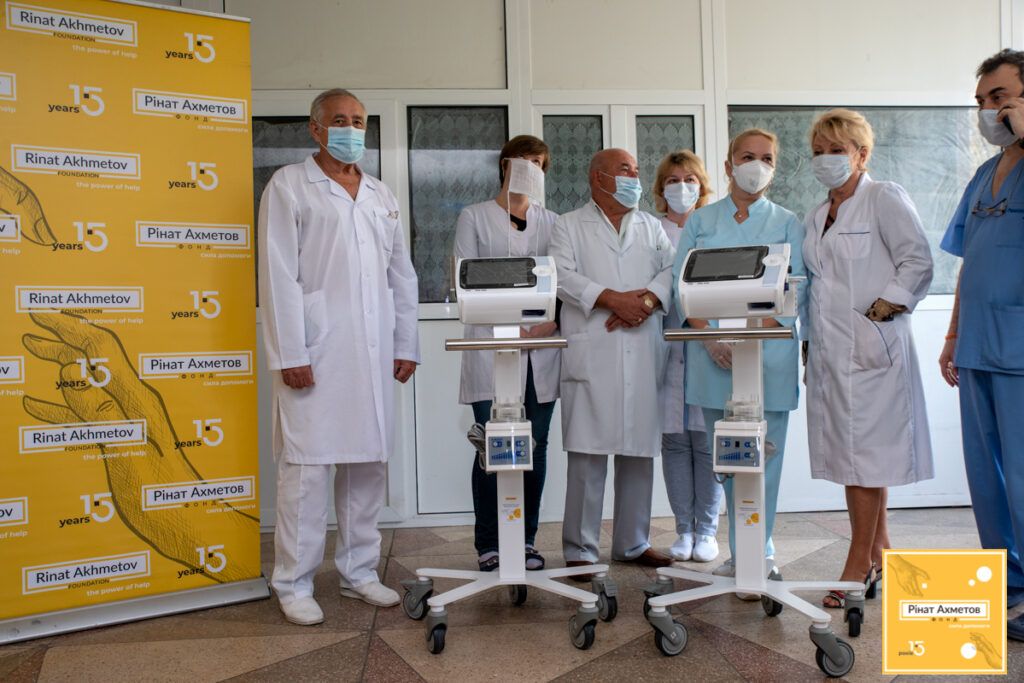 – Rinat Akhmetov was the first to come to the aid and allocated UAH 300 million for the fight against coronavirus. Back in February, public hospitals from different regions of Ukraine began to receive the equipment and supplies they needed most. The main medical need has become artificial lung ventilation devices. To close this deficit, Rinat Akhmetov Foundation purchased 204 high-class ventilators. More than 140 devices have already been transferred to doctors from 12 regions, – said Natalia Yemchenko, member of the Supervisory Board of the Rinat Akhmetov Foundation.

Konstantin Voytsekhovsky, the representative of Metinvest, director of personnel and administration of Azovstal metallurgical plant, noted that Donetsk region has already received 37 ventilators from Rinat Akhmetov Foundation. 6 of them save the lives of patients in Mariupol hospitals.

– This equipment is among the most modern in the world, but most importantly, it is easy to use and largely eliminates the influence of the human factor. Therefore, the transferred devices can be used immediately after installation, which is very important in an epidemic, when you need to save lives here and now”, said Konstantin Voytsekhovsky.

He added that the medical institutions of Mariupol also received from the Fund more than twenty thousand rapid tests, personal protective equipment for doctors, a sample analyzer complete with a test system and a biosafety box and other equipment necessary for conducting high-precision analyzes. 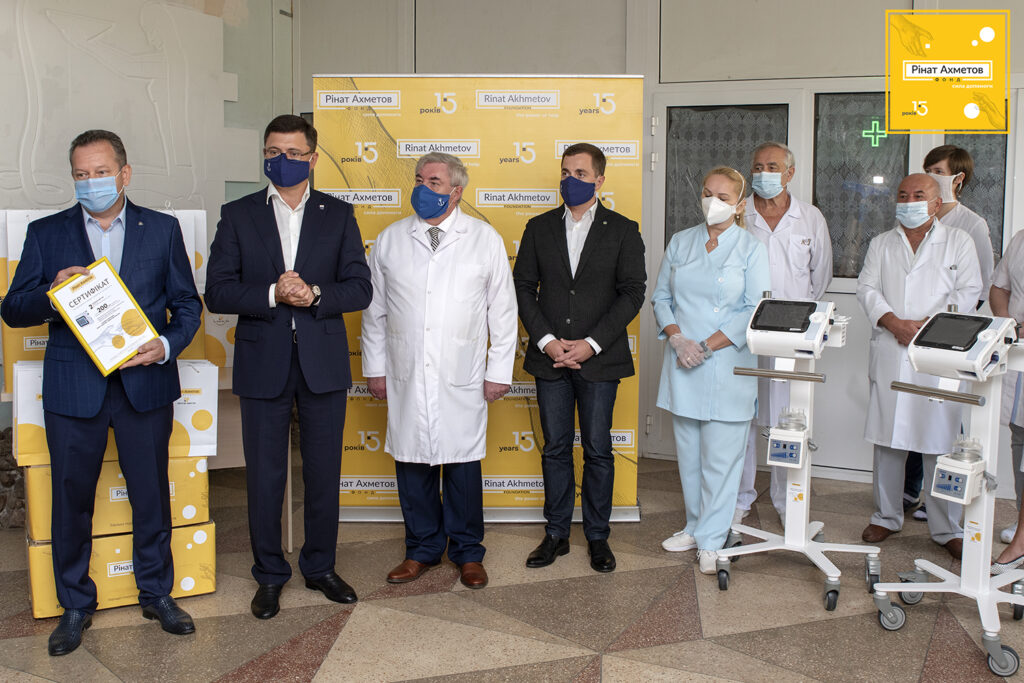 Director of the Mariupol City Hospital No. 9 Aleksandr Zheleznyak thanked the Rinat Akhmetov Foundation for its help.

– Today is a special day for our institution. We receive these wonderful devices from the Rinat Akhmetov Foundation, which will allow us to provide even better medical care. Now there are many patients in our hospital and the new devices came in time. It is impossible to overestimate the contribution of Rinat Leonidovich and his Foundation to the fight against COVID-19. We know from our colleagues from other hospitals what good devices the Foundation has purchased, how they help seriously ill patients. Therefore, on behalf of the entire team and patients, I thank you for this help, – said Aleksandr Zheleznyak.

The mayor of Mariupol, Vadim Boychenko, noted that the Rinat Akhmetov Foundation is a vivid example of systemic, comprehensive and timely assistance to Mariupol in the fight against coronavirus.

– In this fight, we felt support. We received vital express tests, a powerful PCR laboratory that does 200 tests per day and enables us to make quick decisions. Without ventilators, it is impossible to provide assistance for critically ill patients. It is important that these devices will serve the residents of the city of Mariupol after the pandemic. When we see such a unification of business and the municipality, we, as a city, me, as a mayor, have the confidence that we can handle any challenges. I thank the Foundation and personally Rinat Leonidovich for the systemic assistance, – said Vadim Boychenko. 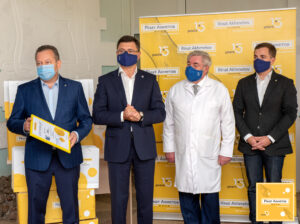 According to the adviser to the governor of the Donetsk region, Nikolay Trofimenko, an increase in the number of cases is recorded in the region every day, but there is no reason for panic:

– Our healthcare is absolutely ready for any COVID-19 challenge. Our hospitals are provided with personal protective equipment. Of course, without the systematic assistance of socially responsible business, we would not be fully prepared for this fight. We are grateful to the Foundation and Rinat Leonidovich for such a generous help.

Olga Timoshenko, head of the department of anesthesiology and intensive care of the Mariupol city hospital No. 9, joined with thanks.

– Our department today accepts severe pneumonia from all over the city, including covid pneumonia. Of course, there is a lack of technical resources. Many thanks to the Rinat Akhmetov Foundation for expanding our capabilities in providing assistance to the residents of our city, – said Olga Timoshenko.

Since the beginning of the coronavirus epidemic, state hospitals in Lviv, Ivano-Frankivsk, Lugansk, Zaporizhzhia, Donetsk, Dnipropetrovsk, Poltava, Ternopil, Rivne, Ternopil and Kharkiv regions, as well as in Kiev, have received modern ventilators from the Rinat Akhmetov Foundation.

“Fighting COVID-19 in Ukraine” is a large-scale project of the Fund, designed to help the country save lives. It is being implemented under the program of the Rinat Akhmetov – Saving Lives Foundation. Earlier, by personal decision of Rinat Akhmetov, the project “200 ambulances for Ukraine” was implemented within the framework of this program. Then, in a record short six months, state medical institutions in all regions received 200 special vehicles with the most modern equipment capable of overcoming off-road conditions. Including 22 cars with artificial lung ventilation devices for newborns. This is the largest contribution of one benefactor to the state medicine of Ukraine for the entire period of independence of our country. Today, many of these ambulances are involved in the fight against the epidemic in all areas.

Previous Post
“Zaporizhstal” summed up the results of the implementation of the collective agreement for the first half of 2020
Next Post
More than 1,100 Ukrainian doctors gained new knowledge thanks to the Rinat Akhmetov Foundation