Rinat Akhmetov Foundation and Metinvest handed over two high-end lung ventilators made in France to the city emergency hospital in Mariupol. 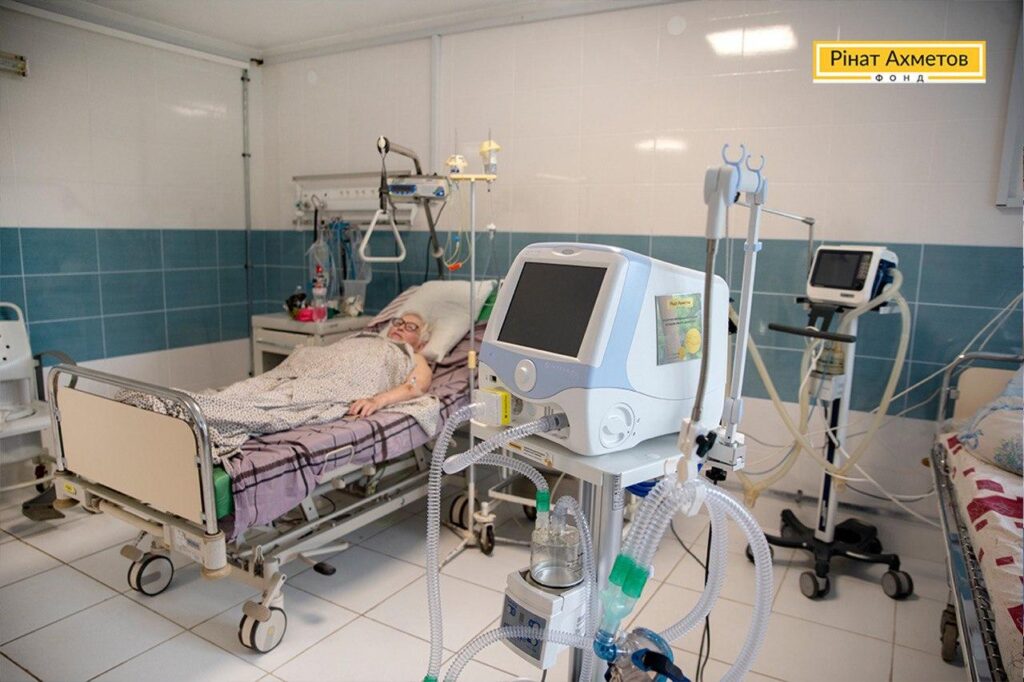 – The fight against the epidemic of coronavirus has demonstrated the high professionalism of Ukrainian doctors. At the same time, the issue of logistics remained relevant. Therefore, the Foundation has acquired and handed over 200 lung ventilators to state hospitals in the regions. Such devices will be relevant even after many years and are necessary to help seriously ill patients, to save the lives of people throughout Ukraine, – said Natalya Yemchenko, member of the Supervisory Board of the Foundation.

– You have accepted the challenge in the fight against the terrible disease that has struck millions of people around the world. Thank you so much for the act for the good of Ukraine. After all, there is nothing more expensive than human life, – said Konstantin Voitsekhovskyi

In turn, Sergey Orleanskyi thanked for the help, noting its significance:

– Thank you so much. This is a very timely help. The latest device with wide intellectual capabilities is a great help to our doctors to save the lives of Mariupol citizens. 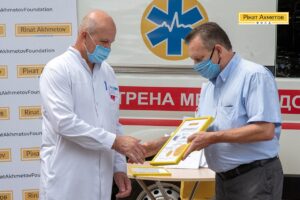 As the mayor of Mariupol Vadim Boychenko noted, today Ukraine faced such challenges when support is especially important:

– Throughout the entire period of the fight against the epidemic, Rinat Akhmetov Foundation does this. These are 15,000 vital express tests, which gave the most important thing – a sense of security. This is a PCR laboratory, one of the most powerful in Mariupol. Thanks to this, we can fight for the life and health of every resident of Mariupol much more efficiently: 90% of the sick have recovered! Thank you!

Nikolay Trofimenko, Advisor to the Head of Donetsk Regional State Administration, added that thanks to such assistance, Mariupol health system is ready even for a serious development of the situation.

– This would not have been possible without the support of a socially responsible business and Rinat Akhmetov Foundation. I want to once again thank for such a system and important assistance of the Foundation and its founder, – said Nikolay Trofimenko.

At the end of the meeting, health workers received gifts from Rinat Akhmetov Foundation – a certificate for medical clothing. Using the QR code indicated on the certificate, you can order the required set size. 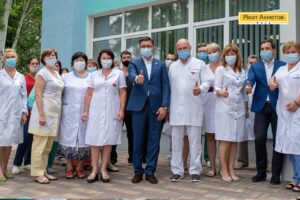 As reported, in early June, Rinat Akhmetov Foundation delivered 32 high-end lung ventilators to the country. This is the largest batch that crossed the Ukrainian border since the beginning of quarantine. The doctors from Lviv, Ivano-Frankivsk, Kramatorsk, Konstantinovka, Bakhmut, Nadvorna, Starobelsk, Rubezhnoye and Kryvyi Rih, etc., received devices from the Foundation.

“Fighting COVID-19 in Ukraine” is a large-scale project of the Foundation, designed to help save lives. It is implemented under the program “Rinat Akhmetov – Saving Lives.” Earlier, by personal decision of Rinat Akhmetov, the project “200 ambulances for Ukraine” was implemented as part of this program. Then, in a record-breaking short half a year, state-owned medical institutions in all regions received 200 special vehicles with the most advanced equipment, capable of overcoming off-road conditions. Including 22 cars with lung ventilators for newborns. This is the largest contribution of one supporter to the state medicine of Ukraine for the entire time of independence of our country. Today, many of these ambulances are involved in the fight against the epidemic in all regions.

Previous Post
Rinat Akhmetov Foundation Handed Over High-Quality Lung Ventilators to the Infectious Diseases Hospital of Myrnograd
Next Post
In Zaporizhzhia, the museum studios “City beyond the rapids” have opened a new exposition “Where are battles, there are heroes. Dedicated to the Ukrainian Cossacks”