Museum of Civilian Voices: A Story of Hryhoriy Sotnyk

The Museum of Civilian Voices founded by the Rinat Akhmetov Foundation continues to collect witness accounts of the military conflict in Eastern Ukraine. The goal is to tell the world about the turmoil in Donbas and the civilians whose lives have changed forever. 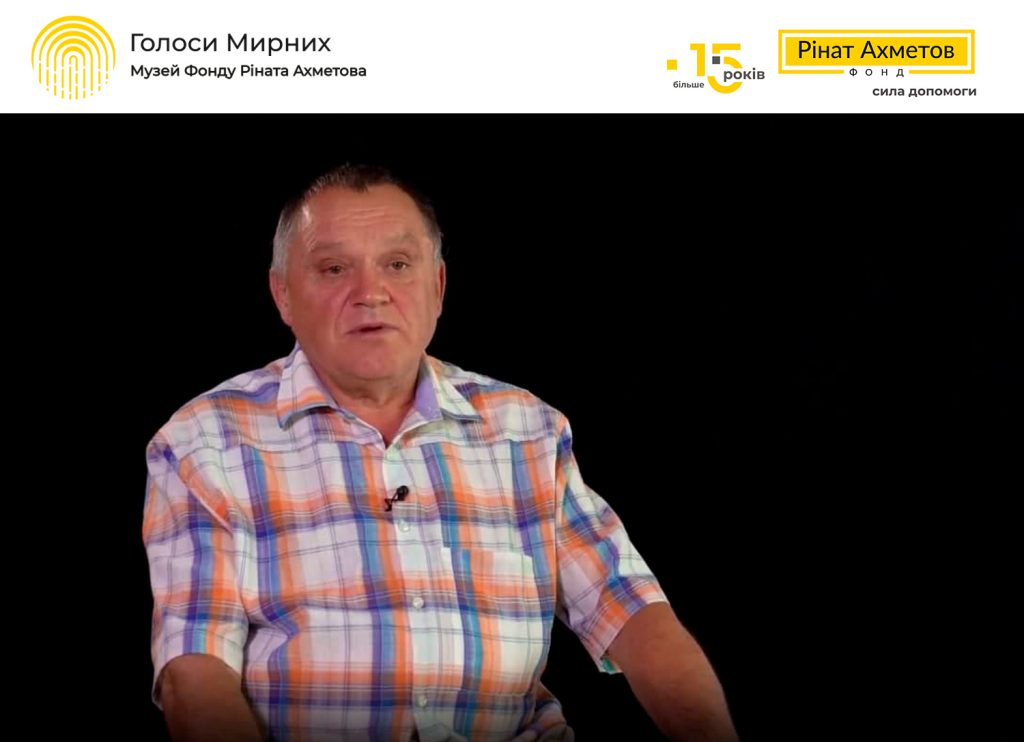 The war brings suffering to adults and the innocent children alike. A story of Kramatorsk resident Hryhoriy Sotnyk is no exception. It pains Mr Sotnyk to recollect the events of February 2015, when the war hit his family hard – his grandson Artem was injured in the shelling. Fortunately, he survived. Hryhorii Sotnyk’s daughter worked at a hospital and went there daily to help people, risking her own life.

Hryhoriy feels sad as he shares his memories of that day:

“I heard some rumble, as if a plane or a helicopter was starting up. And then the explosion. I went to the balcony and saw a cloud, a fog. I assumed that a rocket was launched somewhere, Uragan or whatever it’s called. We had an old road to the airfield, and car garages along it. That explosion was massive! Artem and his friends were playing near those garages at that time. Then we heard a doorbell. The boys ran in, Artem seemed fine, but his friend Vlad’s leg was covered in blood. Then our neighbour said: “Artem is injured too.” He had a thick jacket, like a down jacket. We gave it a look-over and found a puncture. Artem was wounded in the right shoulder.” 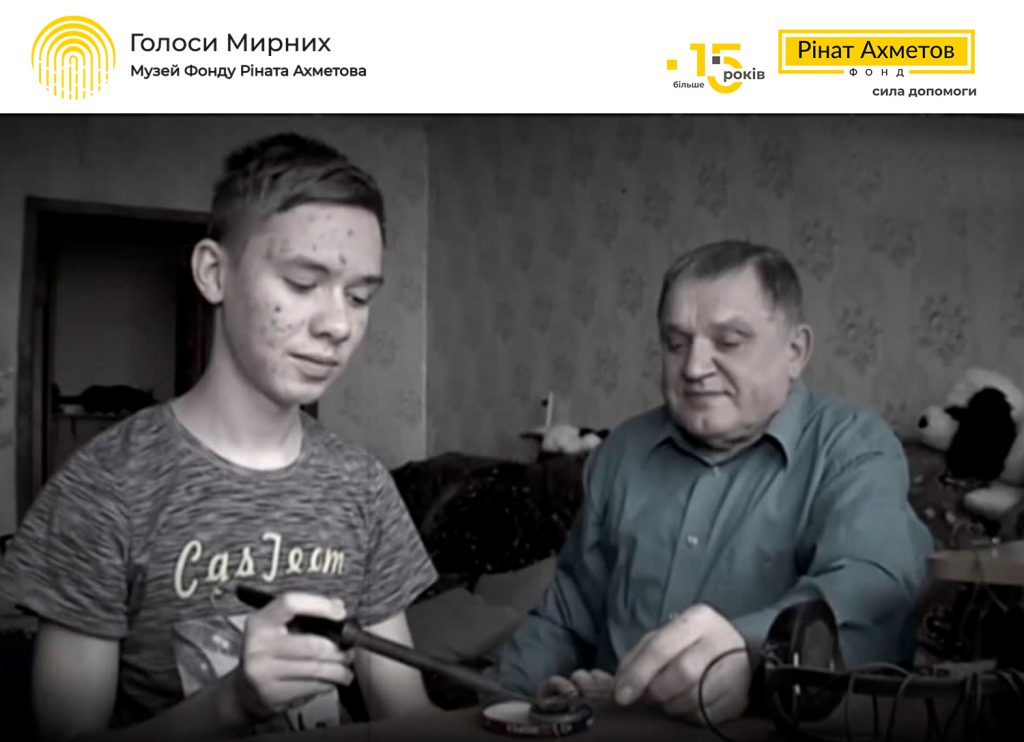 Now Artem is a vocational college student, he wants to follow his grandpa’s footsteps and become an electrician.

“The Rinat Akhmetov Foundation is good in helping people. Thank you for taking children to health recreation centres. There are many wealthy people in Ukraine, but nobody helps. We are thankful to Rinat Akhmetov for everything he is doing for Ukraine, Donbas, we are thankful that he does not forget us,” says Hryhoriy Sotnyk.

The Museum of Civilian Voices founded by the Rinat Akhmetov Foundation is a project of global importance. The goal is to collect 100,000 witness accounts of civilians who were exposed to the armed conflict in Donbas by the end of 2025.

“We can’t open the museum in Donetsk, so we create an online museum. It will function as an online archive, an online exhibition, online and offline projects, and as the media. Rinat Akhmetov has always helped Donbas civilians and will continue to do so. Established in 2014, the Humanitarian Center provided humanitarian aid that reached an unprecedented scale and, in fact, saved millions of human lives. All these people have their own stories. We want to create a global archive of stories of civilians,” stated a member of the Supervisory Board of the Foundation Natalia Yemchenko.

The Museum of Civilian Voices founded by the Rinat Akhmetov Foundation is the largest collection of stories of Donbas civilians. Your story also matters! Share it with the world! Go to https://civilvoicesmuseum.org/ru/my-story and fill in a small questionnaire to contribute to saving the memory.

Previous Post
How to Cope. Help of Psychologist: What is fear and why is it dangerous?
Next Post
The Project Ask The Doctor Of The Rinat Akhmetov Foundation: Why Living Without A Vaccine Is A Lottery