Museum of Civilian Voices of Rinat Akhmetov Foundation: “Now we can only recall the worry-free life we used to have» – a story of Konstantin Yeliseyev

The Museum of Civilian Voices of Rinat Akhmetov Foundation is a worldwide project that is aimed to collect by 2025 around 100,000 testimonies of civilians who suffered from the armed conflict at the eastern part of the country. 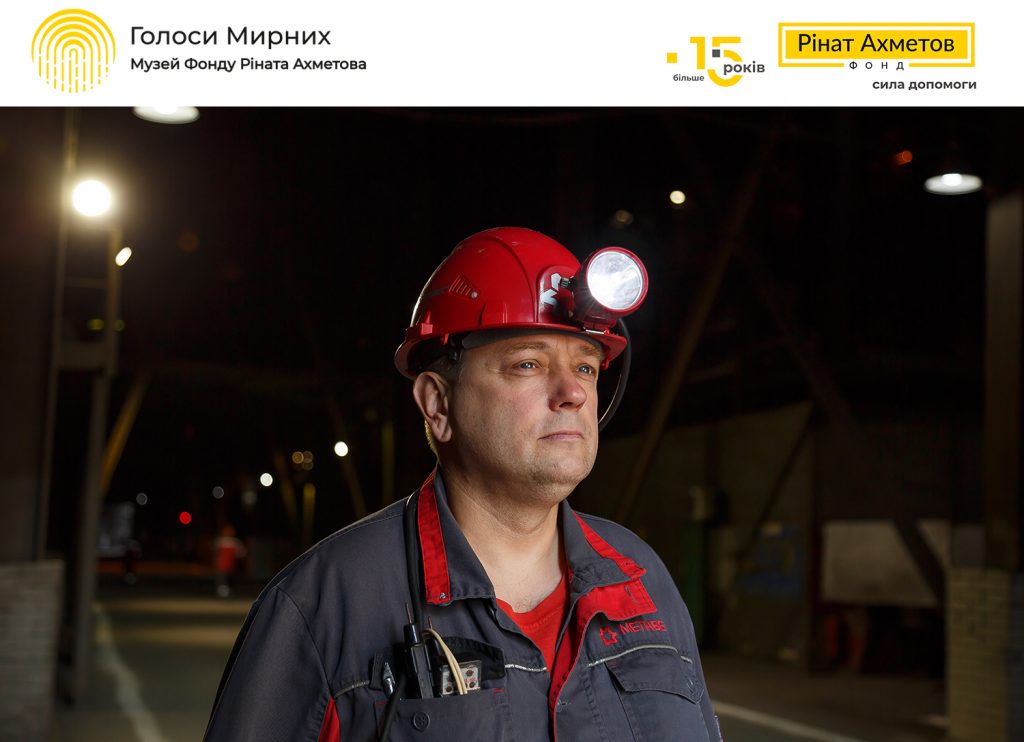 – “We could not open the museum in Donetsk, so we create it online. It will work as an online archive, online expositions, online and offline projects, and also as a media. Rinat Akhmetov used to help, is helping now and will continue to help civilians of Donbass. In 2014, the Humanitarian Center was created, which provided unprecedented assistance and, in fact, saved millions of lives. Each life has its own story. We`d like to create the world’s main archive of Civilian stories. We believe that in this way we keep the voices from the past and the present for the sake of a better future,” says Natalya Yemchenko, a member of the Supervisory Board of the Rinat Akhmetov Foundation.

Until 2014, Mr.Konstantin Yelisyeev considered himself to be an absolutely happy man. He had a good job, was raising daughters, made renovations in his apartment. He and his wife were building plans for future and hoped for the better future that actually turned out to be not as cloudless as expected. War came to the city. The man decided not to escape from the city even when the shelling started; so he stayed there and served as a volunteer at the factory to maintain the bomb shelter.

– “I saw many military operations during the six years in the city. But one event I remembered especially, and it is still in my memory. In December 2014, there occurred a big shooting. The fire bark was so strong that dishes were dancing in the sideboard, and windows of nearby schools and residential buildings were blown out. We were scared as we did not know what would happen any moment,” recalls the narrator.

“The situation in the city led to a significant reduction in salaries, and to withdraw it, we had to go to the territory controlled by Ukraine. The money was just enough to pay for the bare essentials – food. My youngest daughter was two years old at that time.”

– “A great support for us was the humanitarian aid from the Rinat Akhmetov Foundation. Honestly speaking, when you have no money and you realize that your children are almost starving, you are grateful for any help. The war united people together in many things. Being beaten by common grief, many people worked till late at night and helped unload the trucks with provisions,” says Konstantin Yelisyeev.

“Civilian Voices” is an unprecedented online museum, which for the first time in the history of Ukraine fairly and fully documents the stories of civilians who suffered the armed conflict in Donbass. This is a space where civilian people can

tell their personal story in public, and thus free themselves from the burden of silence. The collected materials are a unique database for historians, researchers, journalists, and a source for book writing, creation of documentary and feature films, and other projects that will help preserve the history as it is.

You can post your own story and contribute to the commemoration work; if you are a citizen of Donbass or a displaced person, just click the link https://civilvoicesmuseum.org/ru/my-story, and fill in a short Questionnaire form, or place your details for our feedback. Also, Donbass` Civilians may contact the Foundation to get a psychological support by the phone number 0800509001.

Previous Post
METINVEST SUPPLIES EVERY FOURTH TON OF OXYGEN TO HOSPITALS OF UKRAINE
Next Post
Museum of Civilian Voices of Rinat Akhmetov Foundation: “Granny shouts: “Katya, hide!” And the fingers of her granddaughter are already covered with blood,” – a story of Natalia Kolomiets.