Museum of Civilian Voices of Rinat Akhmetov Foundation: the story of Vitaliy Yermolovich

The Rinat Akhmetov Foundation continues to tell about destinies of Donbass civilians to as many people around the world as possible. For this, on the personal initiative of Rinat Akhmetov, the Museum of Civilian Voices was created. This is an unprecedented documentary project, the goal of which is to tell about those whose lives are forever divided into “before” and “after” the armed conflict. 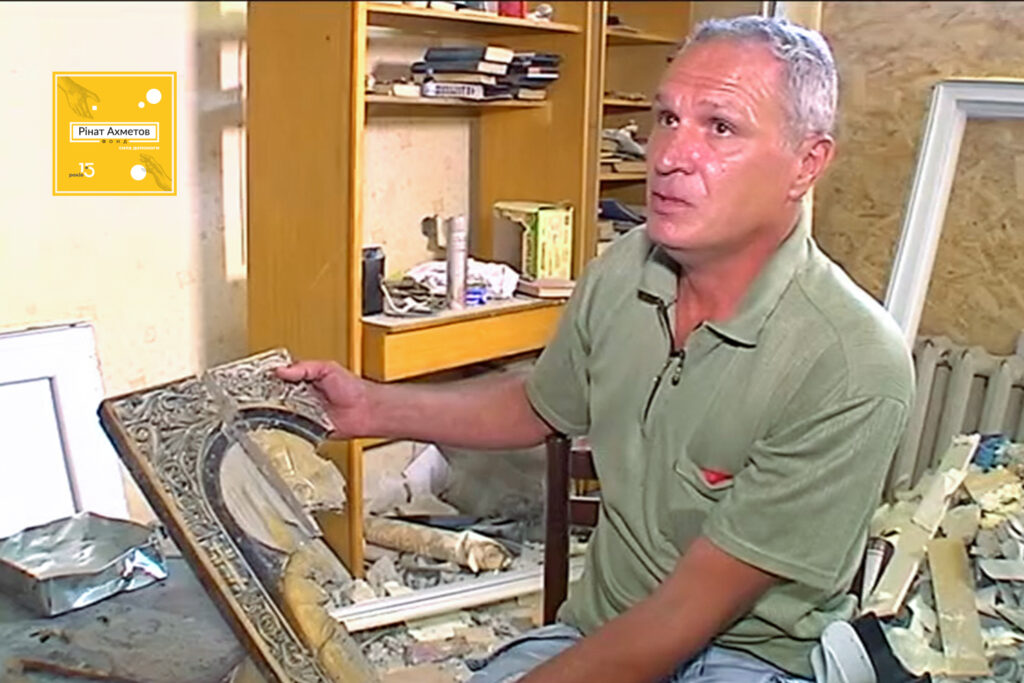 Vitaliy Yermolovich shared his story. He went through the war in Afghanistan, but says that the events he experienced at home, in Avdeevka, caused more horror.

“There was a direct hit to the apartment. I was near the gas stove, turned on the gas, and just a shell flew in. I was almost thrown out by the blast along with the window onto the street. The shell hit directly on the balcony, touched a corner.  All main walls collapsed, the ceiling fell in the hall and in the bedroom. The refrigerator in the kitchen and the toilet pan in the lavatory were undamaged. This is all that remains of my apartment. The shell fragments showed that this was the 125th shell from the tank,” thinks back Vitaliy.

During his service in Afghanistan, Vitaliy lost one leg, so he walks with crutches. During the explosion in his apartment in Avdeevka, he received a new injury.

“I only realized on the third day that I was shell-shocked. Everything was in some kind of shock. I had a scar on my head, a hematoma.”

Despite the fact that he lost his property, Vitaliy Yermolovich is happy that he survived. He says that even a minute before the explosion he was in another corner of the room, and if he stayed there, he could die.

“Nicholas the Wonderworker helps me in my life.  I have a holy icon that I carved after Afghanistan. But something lifted me from this sofa: “get out, get away somewhere,” shares the man. And he adds that he dreams of peace, restoration, the opportunity to live and work in peace.

The online Museum of Civilian Voices of the Rinat Akhmetov Foundation is a source of true stories of Donbass civilians, which are told from the first person by the own voices of civilians. This is a space in which they can tell their personal story in public, and thus free themselves from the burden of silence. The Foundation’s dream is to collect 1 million evidences, and by the end of 2025, it plans to collect 100 thousand.

“We cannot open the museum in Donetsk, so we create it online. It will work as an online archive, online expositions, online and offline projects, and also as a media. Rinat Akhmetov helped, is helping and will continue to help civilians in Donbass. In 2014, the Humanitarian Center was created, which provided unprecedented assistance and, in fact, saved millions of lives. Each life has its own story. We want to create the world’s main archive of Civilian stories. We believe that in this way we keep the voices from the past and the present for the sake of a better future,” says Natalya Yemchenko, a member of the Supervisory Board of the Rinat Akhmetov Foundation.

Collected stories and materials of the Museum of Civilian Voices are a unique base for historians, researchers, journalists, as well as for writing books, creating documentaries, feature films and other projects that will help preserve history as it is. To share their stories, civilians of Donbass and displaced persons just need to follow the link https://civilvoicesmuseum.org/ru/my-story and write it there or leave the contacts so that representatives of the Foundation can contact you.