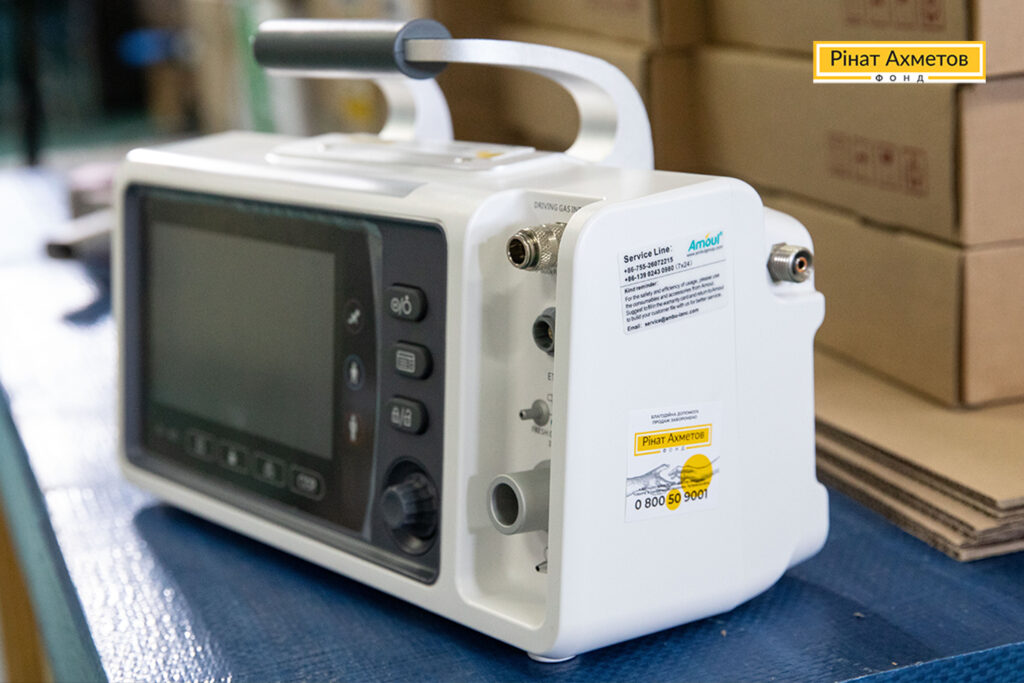 “In total, the Fund purchased 200 modern ventilators for state hospitals in the regions of Ukraine. This is a key element in helping the country under the “Rinat Akhmetov – Saving Lives” program. 70 ventilators are the second largest batch to cross the border since quarantine began. The first, in the amount of 32 devices, was delivered by the Foundation in early June. All of them were transferred to support hospitals in Lviv, Ivano-Frankivsk, Lugansk, Donetsk, Dnepropetrovsk and Kharkiv regions, as well as Kiev, ”said Natalia Yemchenko, member of the Fund’s Supervisory Board.

The delivered 70 artificial lung ventilation devices can be used both in emergency situations and when transporting a patient by an ambulance. They are used in the following cases: in the provision of emergency first aid on the spot (for example, in case of a fire), assistance for a long time in a hospital environment, as well as for the temporary supply of oxygen through a breathing mask and non-invasive ventilation through cannulas (tubes made of soft material).

This model of ventilator has a distinctive feature – three modes of emergency ventilation for adults, children and babies.

The Rinat Akhmetov Foundation donated the first ventilators to the main state hospitals back in March. They were installed in the Poltava Regional Infectious Diseases Hospital, the Rivne Central City Hospital, the Ternopil City Emergency Hospital and the Transcarpathian Regional Hospital. Oxygen concentrators for ventilation are also installed in the named hospitals of Poltava and Rivne. Separately, the concentrator from the Foundation was delivered to the Volyn regional infectious diseases hospital.

Doctors themselves emphasize that the country’s need for modern ventilators remains high.

“I want to thank the Rinat Akhmetov Foundation for giving patients a chance for adequate treatment in accordance with modern protocols. The devices from the Rinat Akhmetov Foundation are high-class devices and make it possible, according to modern protocols, to provide artificial ventilation of the lungs in patients with a complicated course of this viral infection,” said Sergey Dubrov, President of the Association of Anesthesiologists of Ukraine.

Previous Post
In Zaporizhzhia, the museum studios “City beyond the rapids” have opened a new exposition “Where are battles, there are heroes. Dedicated to the Ukrainian Cossacks”
Next Post
The fight against coronavirus: how Rinat Akhmetov Foundation helps Ukraine stop the epidemic. Part 2