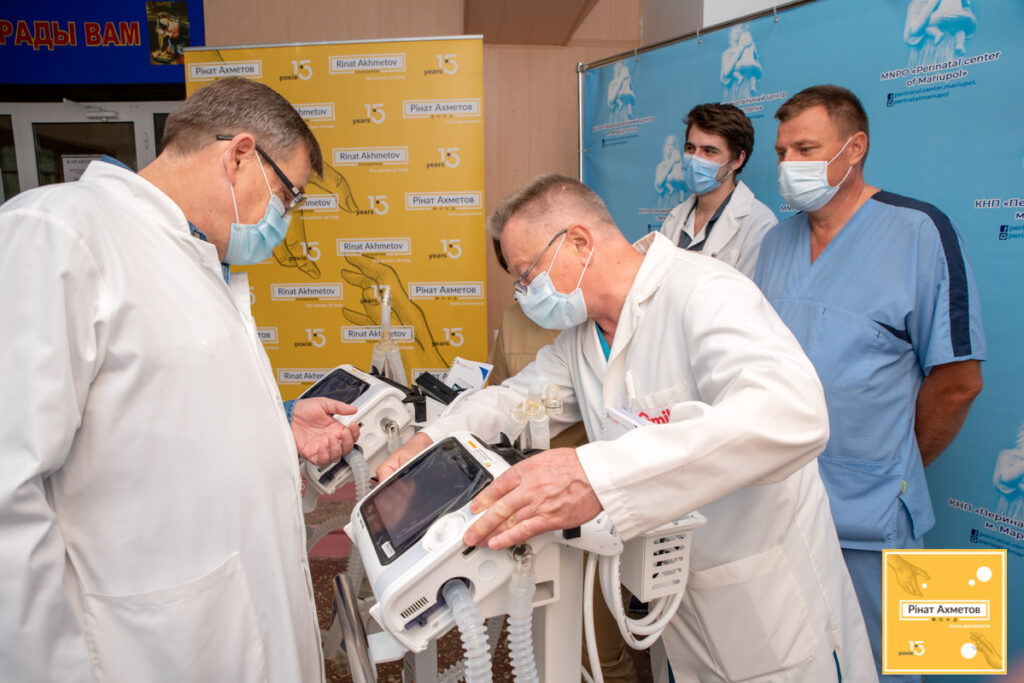 – Since February 2020, Rinat Akhmetov Foundation has been providing doctors who are at the forefront of the fight against coronavirus with the essentials. More than 200 thousand units of personal protective equipment, as well as 200 thousand express tests were transferred to state hospitals. A key element of assistance to the country within the framework of Rinat Akhmetov Foundation project “Fight against COVID-19 in Ukraine” was the purchase of over 200 state-of-the-art ventilators for state hospitals. More than 140 high-quality ventilators from the Rinat Akhmetov Foundation were delivered to state hospitals in 12 regions of the country. The first of them were transferred in March 2020, – said Natalia Yemchenko, member of the Fund Supervisory Board.

According to acting HR Director of the Mariupol Ilyich Metallurgical Plant named after Ilyich of Metinvest Group, Elena Kondalova, when Ukraine faced the threat of a pandemic, the state healthcare system was completely unprepared for the new challenge.

– There was not enough equipment to help patients with complications from coronavirus, protection for doctors and rapid tests. Rinat Akhmetov was the first to come to the aid of the country. Back in February, he allocated 300 million UAH to help the country in the fight against COVID-19. This is the largest contribution of one philanthropist to the state medicine of Ukraine. The Fund has already donated eight high-quality ventilators to Mariupol. Also, more than twenty thousand express tests, personal protective equipment for doctors, a sample analyzer complete with a test system and a biosafety box were handed over to the city medical institutions. As well as other equipment necessary for conducting high precision analyzes, – explained Elena Kondalova. 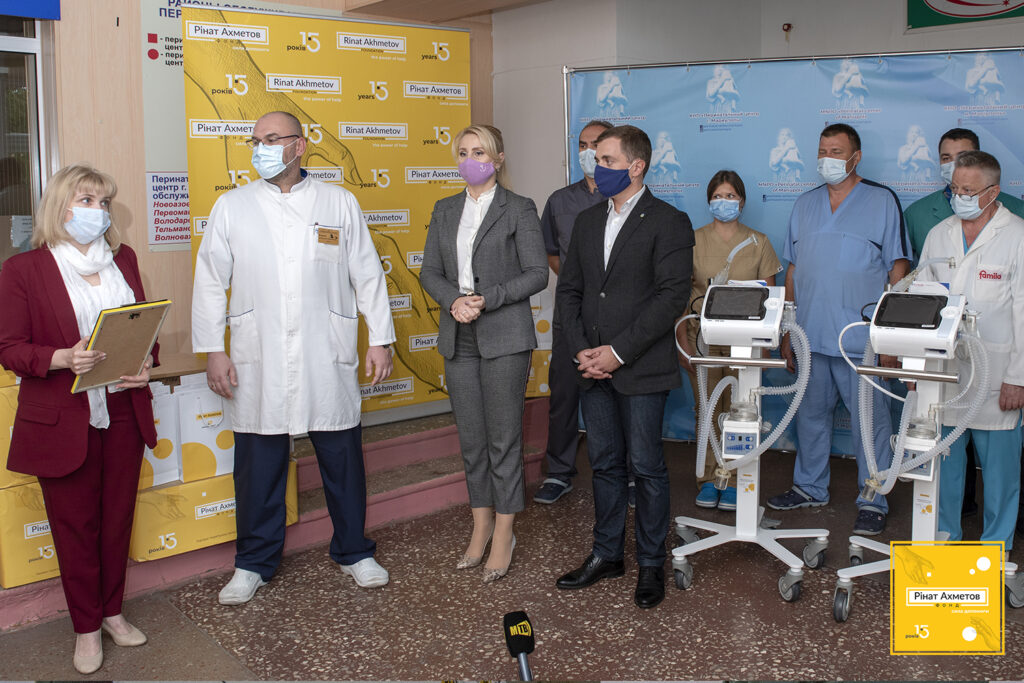 The director of the perinatal center Konstantin Komlev thanked for the help provided to the doctors:

-The entire staff of the center accepts these expert-class devices with great gratitude. They will be installed in the department, which is organized to provide assistance to pregnant women and women in childbirth with coronavirus. It is difficult to overestimate the help of Rinat Akhmetov Foundation, because these two devices are really needed by the perinatal center.

– This is indeed very timely and important assistance in the fight against the pandemic. I would like to thank the Rinat Akhmetov Foundation for constant and systematic support. We feel it very clearly. Without it, doctors could not provide such qualified assistance.

“Fight against COVID-19 in Ukraine” is a large-scale project of the Fund, designed to help the country save lives. It is being implemented under the program of the Rinat Akhmetov – Saving Lives Foundation. Earlier, by personal decision of Rinat Akhmetov, the project “200 ambulances for Ukraine” was implemented within the framework of this program. Then, in a record short six months, state medical institutions in all regions received 200 special vehicles with the most modern equipment capable of overcoming off-road conditions. Including 22 cars with artificial lung ventilation devices for newborns. This is the largest contribution of one benefactor to the state medicine of Ukraine for the entire period of independence of our country. Today, many of these ambulances are involved in the fight against the epidemic in all areas.