The Dunaevets central regional hospital in Khmelnytsky region received a high-quality lung ventilator from Rinat Akhmetov Foundation. This is part of continious and large-scale assistance to the country under the project “Fighting COVID-19 in Ukraine”. 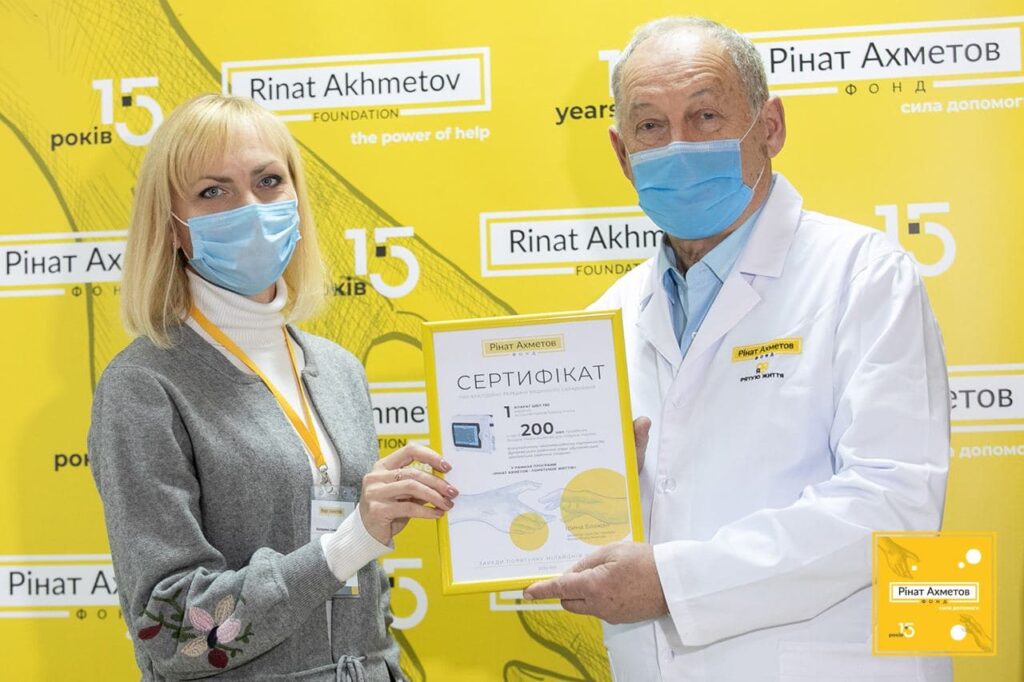 – Rinat Akhmetov’s support to Ukraine in the fight against coronavirus is unprecedented in scale. About 190 high-quality lung ventilators from Rinat Akhmetov Foundation were delivered to supporting state hospitals in 22 regions of Ukraine, including Khmelnytsky region. Equipment from the Foundation is supplied both to large clinics in regional centers and small hospitals in the regions of Ukraine, making modern medicine of European level available to everyone. Despite the high automation of the lung ventilators purchased by the Foundation, before putting them into operation, the manufacturer’s representatives train doctors to work on world-class equipment, – said Nataliya Yemchenko, a member of the Supervisory Board of the Foundation.

According to the deputy head of the Dunaevets district state administration Vadim Romanyuk, the situation with the coronavirus epidemic remains difficult. 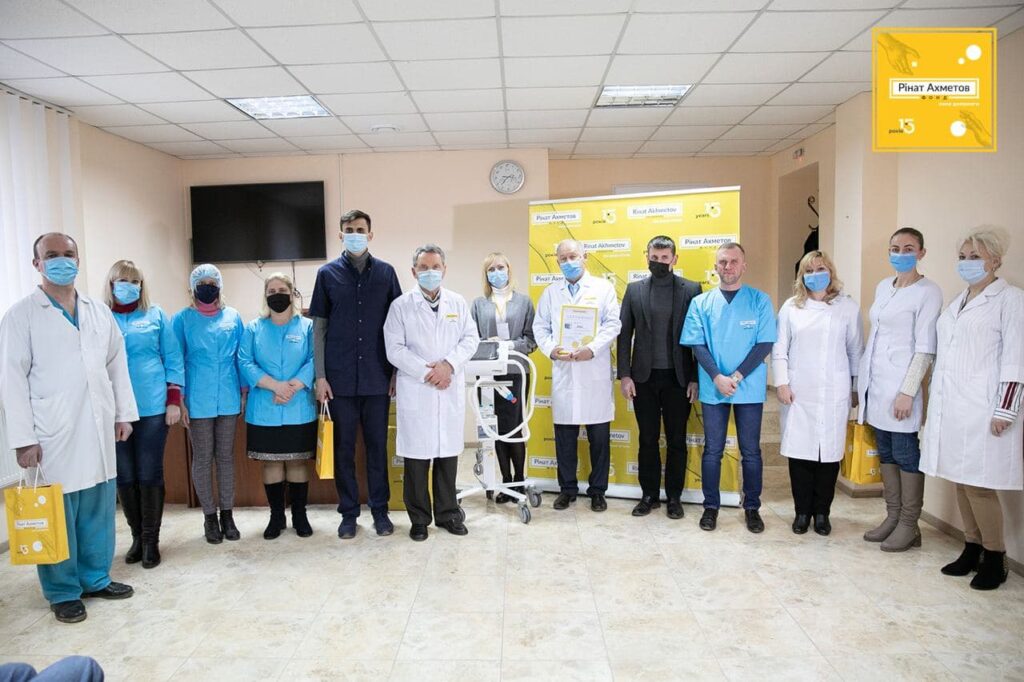 – I express my gratitude from the district and regional administrations for the existence of such a Foundation. For your help in fighting the pandemic at such a difficult time. I am sure that this lung ventilator will save the most valuable thing – more than one life, – said Vadim Romanyuk.

The doctors of the Dunaevets Central District Hospital themselves noted that this medical equipment is among the most demanded today.

– A modern lung ventilator is extremely necessary for the intensive care unit for the treatment of critically ill patients. It will help us get them out of this state. Therefore, its role is very significant. We have five lung ventilators, but they were produced a long time ago. Thanks to Rinat Akhmetov, – said the hospital director Vladimir Krupko. 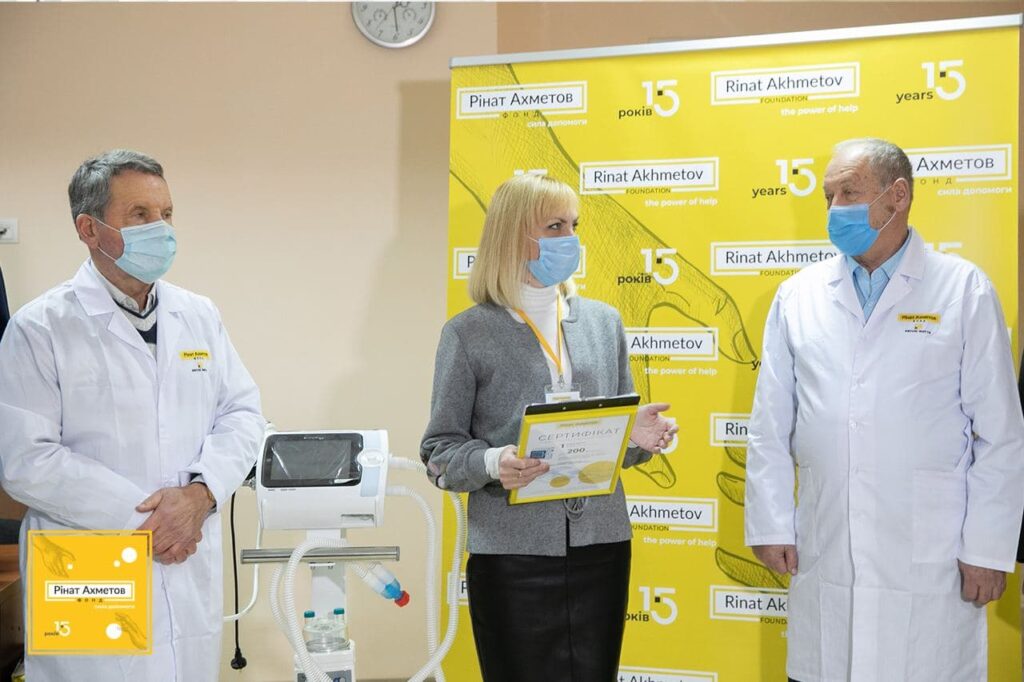 To support doctors working on the front lines of the fight against coronavirus, 1 500 sets of comfortable medical suits were sewn on the special order of Rinat Akhmetov Foundation. Support hospitals, including Dunaevets, have already received about 1 000 sets.