Rinat Akhmetov Foundation has opened a unique online museum, which has no analogues in Ukraine

The Rinat Akhmetov Foundation has opened an online Museum of Civilian Voices, which has no analogues in Ukraine (https://civilvoicesmuseum.org/ru). 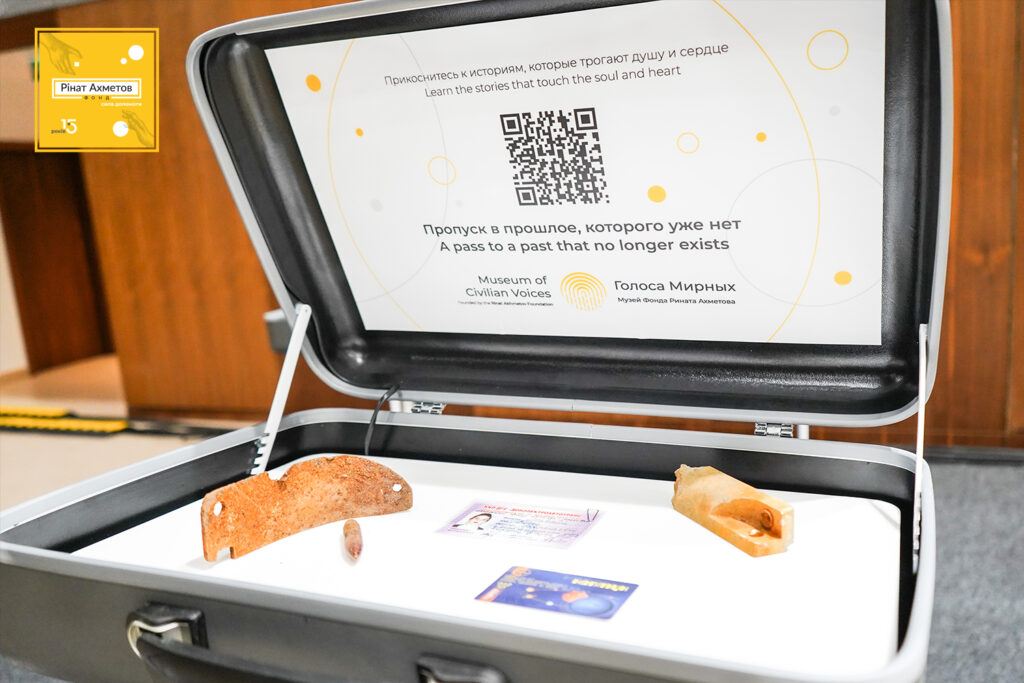 The Museum is based on the largest archive of video stories of Donbass civilians who suffered as a result of the armed conflict in the east of the country. Each story is told from the first-person.

By now there are already more than 2,000 stories of Civilians in the archive, by the end of the year there will be 10,000 of them, the goal is to collect 100,000 stories in five years. The Foundation builds up the archive of evidences since 2014, since the time when the largest program “Rinat Akhmetov – Here to Help” began to work. For 7 years, thanks to it, 3.5 million civilians were saved and a humanitarian disaster was prevented. 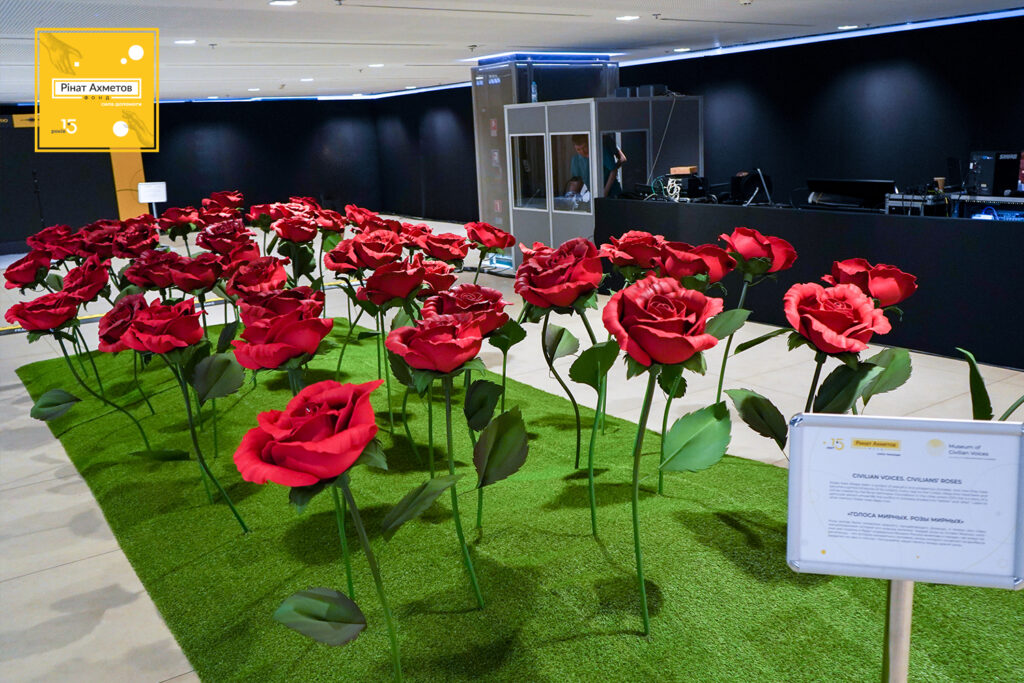 “I would like all these stories not to be blotted out from our memory, so that our memories remain forever.  I’m sure only if we remember we will be able to understand. This means that each of us will do everything so that the tragedy does not repeat itself,” says Rinat Akhmetov, the Founder.

That is why now the main task of the Museum is to create the archive as a basis for future projects and exhibitions. The uniqueness of this archive and the complexity of this task is that it is built up not after the end of the armed conflict, but while the war is still going on. Therefore, the Rinat Akhmetov Foundation attracts the best psychologists who are able to work with the psychological trauma of war to create the archive. 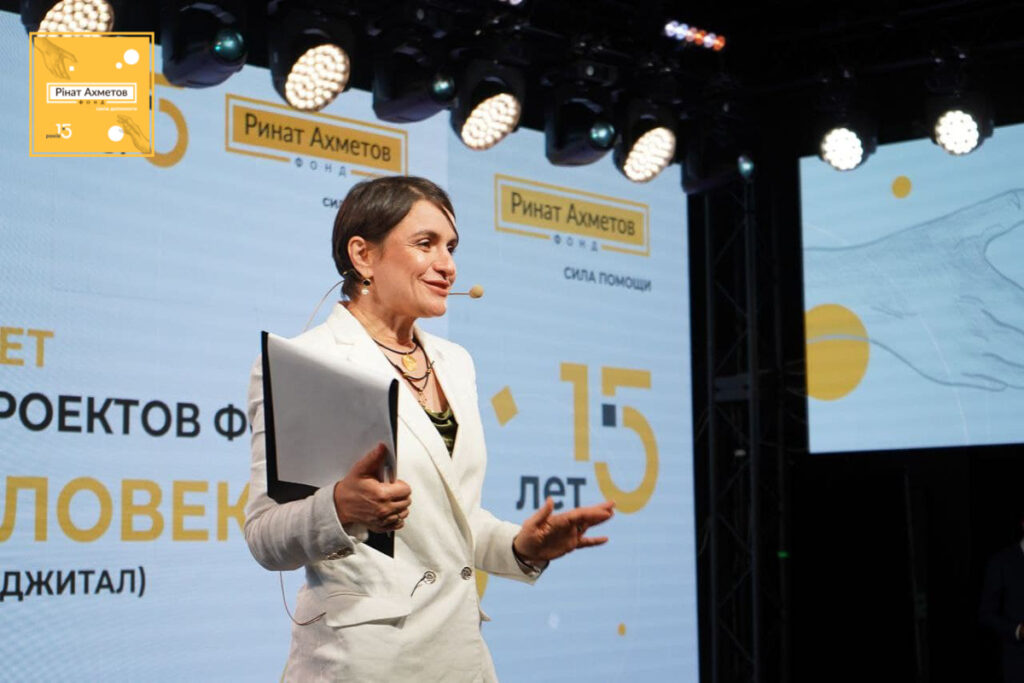 “The task of the Foundation and the ambition of the Museum is to create the world’s main archive of the Civilians’ stories and collect 100,000 such stories over the next five years. Our big and still very fantastic dream is one million. Why is it important? First, it is important for every Ukrainian affected by the war. Because to pour, cry and whisper the heart out is an essential part of therapy, dealing with the trauma of war. Secondly, it is absolutely necessary for us as a nation, as a state, to work with the memory of this tragedy. Without such work, we, as a society, carry with us the pain and mistakes of the past into the future and lose the chance for a better future. Thirdly, the creation of such archive and museum is an important step in promoting humanism and humanity in general,” said Natalya Yemchenko, a member of the Supervisory Board of the Foundation, during the presentation of the Museum. 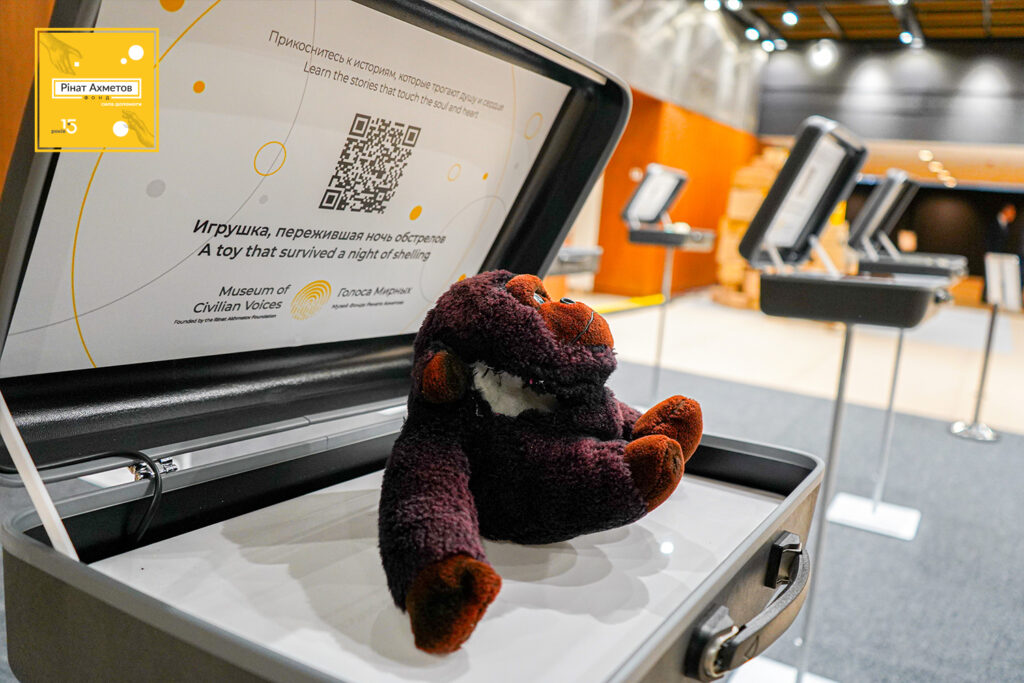 The head of the Ukrainian Institute of National Remembrance Anton Drobovich noted that great challenges await the Foundation’s team when creating such a museum. In fact, the virtual museums that now exist in the world are museums “about exhibits”. They were created by digitizing the existing expositions of real museums. The virtual museum based on the stories of the victims of the Holocaust was created with the support of Steven Spielberg and is an extremely complex project. 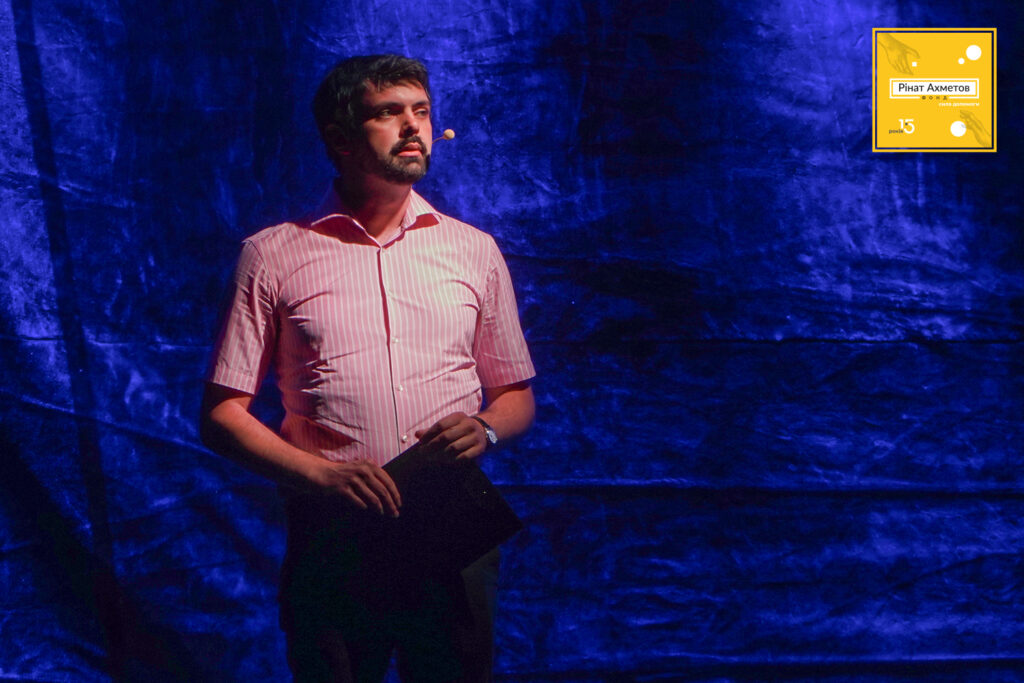 “This is an experimental path, unprecedented in Ukraine. This is a challenging project. There are no books or manuals on how to do this. This is a new path, and it begins now. Morreover, Ukraine needs it. I want to wish the team success, because the ambitiousness of this goal is extraordinary,” said Anton Drobovich.

He also added that for the success of this work, cooperation of the Foundation with the state, historians, scientists and researchers will be extremely important. 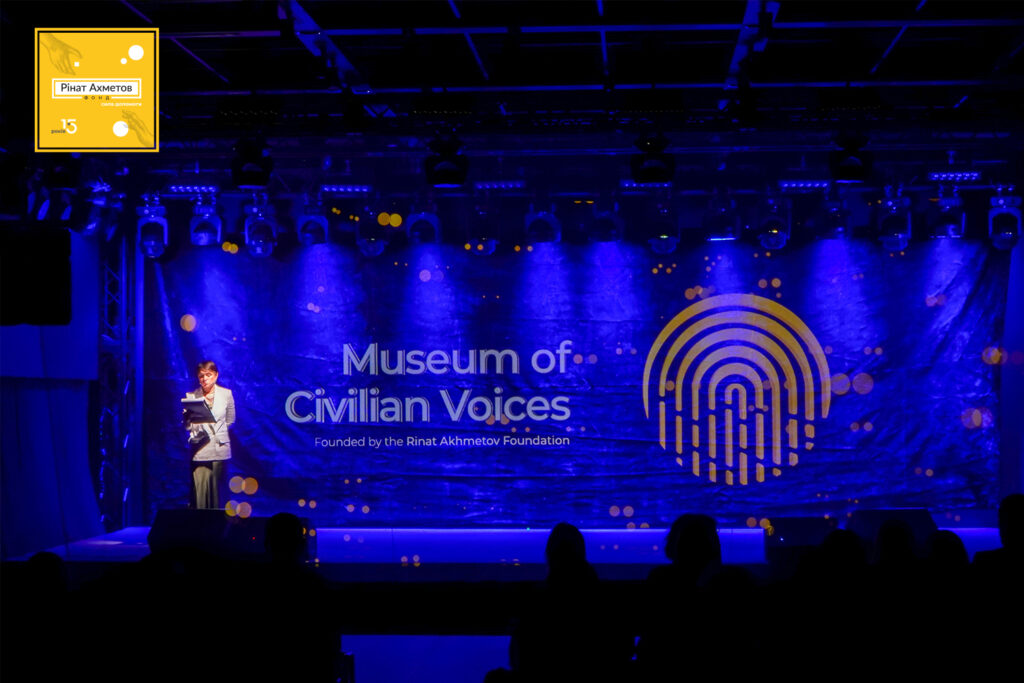 In addition to true stories in video, audio and text formats, the Museum collects artifacts – simple things that keep the memory of the events in Donbass, for example: a book from the library, which in the truest sense of the word saved the lives of its owners during the shelling; keys to doors that no longer exist; favourite toy, that was “sitting” in the basement with children under shellfire. Some of them were presented during the presentation.

At the beginning of the armed conflict, more than 5 million people lived in Donbass. The life of each of them in 2014 was divided into “before” and “after”. The Rinat Akhmetov Foundation is confident that millions of stories full of pain and hope must be preserved and heard so that the tragedy does not repeat itself anywhere and never again.

You, too, can tell the world your story. To do this, go to the website of the Museum of Civilian Voices by the link https://civilvoicesmuseum.org/ru/my-story.

Previous Post
The Museum of Civilian Voices: stories that speak to the heart
Next Post
Since April 2021, “ZAPORIZHSTAL Iron and Steel Works” of Metinvest has delivered 800 tons of medical oxygen to Ukrainian hospitals