Over 15 years since its inception, the Rinat Akhmetov Foundation has implemented dozens of projects of both local and national magnitude. But it all started with the support provided to people who found themselves in difficult life circumstances and were in dire need of urgent help. The principle of helping here and now lies at the core of the Rinat Akhmetov – Saving Lives programme. 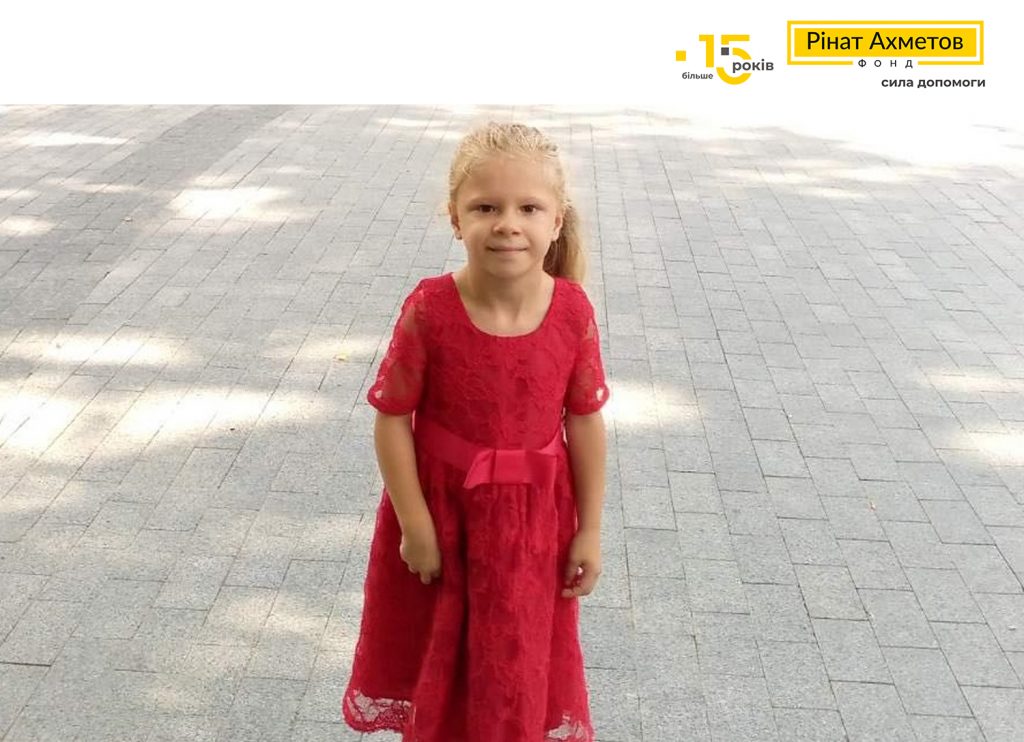 “Over 50,000 Ukrainians have benefited from this programme since 2014, including 6,500 children who received targeted assistance for medical treatment. The Foundation has provided support for serious surgeries, rehabilitation of injured children, medicines for seriously ill people on the very front line,” said Yekateryna Sviridenko, project manager at the Foundation.

A four-year-old Milana Dzvonyk and her guardian, grandmother Svitlana Matiash, were among beneficiaries of the programme. They have changed nine places of residence since the outbreak of the war in Donbas and now they live in Sloviansk, Donetsk Oblast. Little Milana was diagnosed with serious illnesses, valvular heart disease and a hip dislocation, in her early childhood. Doctors focused on the girl’s heart. When Milana turned one, she underwent a heart surgery. Only after the girl got stronger, doctors allowed surgery to reduce the dislocation.

“I saw the problem with Milana’s hip as far back as in the maternity hospital. However, doctors focused more on heart rather than on her leg. After we made an X-ray, my worries came true unfortunately,” Milana’s guardian explained.

The family of IDPs where the grandmother was raising two children alone could not afford expensive medicines and consumables. The Rinat Akhmetov Foundation gave a helping hand.

“It is impossible to express in words how grateful I am to the Foundation. I am touched to tears. I knew that Rinat Akhmetov would definitely not leave us to fend for ourselves. Without this help, I definitely would not cope with it: one surgery followed another. It was very hard,” Svitlana shared her feelings.

Thanks to the Rinat Akhmetov Foundation, Milana underwent surgery and had a metal frame placed in her leg. She will need another surgery in a year to get the frame removed. So far, the girl and her grandmother have been discharged home for outpatient treatment and subsequent rehabilitation. Doctors put the orthosis on the girl’s leg to correct position of the joint.

Previous Post
“Rinat Akhmetov to Children. I can hear now»: Kamilla can communicate with her mother again
Next Post
How to Cope. Help of Psychologist: What is fear and why is it dangerous?