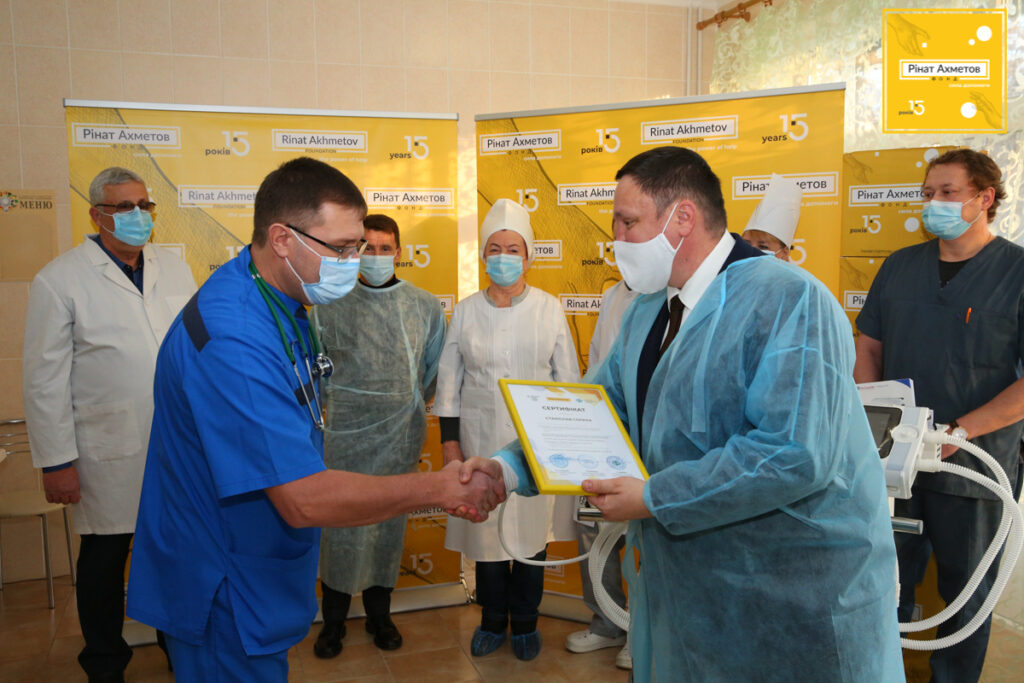 “Thanks to the project of the Foundation «Fight against COVID-19 in Ukraine”, state hospitals of the country received more than 200 thousand units of personal protective equipment and 337 thousand express tests. The key element in helping the country was the purchase of state-of-the-art mechanical ventilation devices. By now about 200 high-quality ventilators from the Rinat Akhmetov Foundation have been delivered to supporting state hospitals in 23 regions of Ukraine. Such devices will be relevant even after many years and are necessary for treating critically ill patients, saving lives all over Ukraine,” said Natalia Yemchenko, a member of the Supervisory Board of the Rinat Akhmetov Foundation.

In turn, the representative of Metinvest company Dmitry Murashko said, that equipment provided by the Foundation is supplied both to large clinics in regional centers and small hospitals in the regions of Ukraine, making modern medicine of European level available to everyone.

“The ALV devices received from the Rinat Akhmetov Foundation are among the most modern in the world, but most importantly, they are easy to use and largely exclude the influence of the human factor. Therefore, they can be used immediately after installation, which is very important in an epidemic situation, when you need to save lives here and now,” noted Dmitry Murashko. 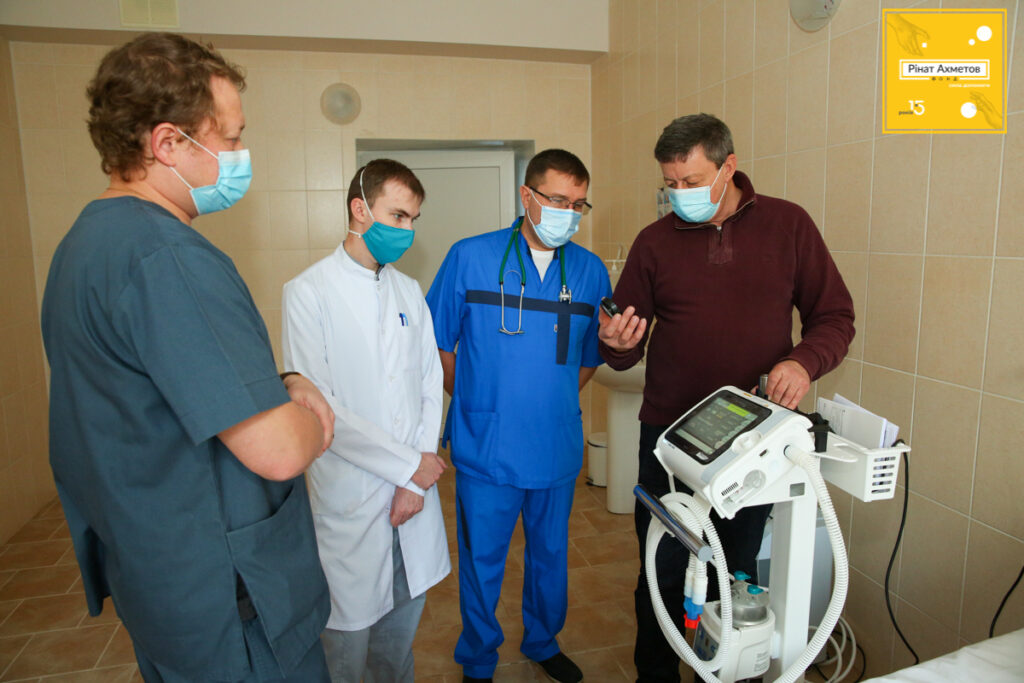 Alexander Gerasimchuk, General Director of the Ingulets Mining and Processing Plant of Metinvest, recalled that with the support of Rinat Akhmetov, the material and technical base in hospital No. 17 was improved, the main departments were repaired, the necessary equipment was purchased.

“Hospital No. 17 is the basic one in the city. It serves more than 80 thousand residents of the Ingulets micro district, nearby villages and even the region. Due to the coronavirus pandemic, the issue of proper provision has become more urgent and urgent. Therefore, Metinvest and the Rinat Akhmetov Foundation do not stand aside. We handed over two artificial lung ventilation devices to the hospital No. 17,” stressed Alexander Gerasimchuk.

Yuri Chornovol, Acting Director of the City hospital No. 17 thanked for the help to the Foundation:

“Today we were given two ultra-modern, unique ventilators. They are able to analyze the patient’s condition themselves and determine the parameters of care. Such ventilators are especially needed today and will save many human lives. These are investments in the future of our settlement,” said Yuri Chornovol.

Together with the ALV devices, the doctors of the intensive care unit received sets of medical uniforms sewn for them according to individual sizes on the special order of the Foundation.

“Fighting COVID-19 in Ukraine” is a large-scale project of the Foundation, designed to help the country save lives. It is being implemented under the program of the Rinat Akhmetov Foundation – “Saving Lives”. Earlier, by personal decision of Rinat Akhmetov, the project “200 ambulances for Ukraine” was implemented under this program. Then, in a record-breaking six months, state medical institutions in all regions received 200 special vehicles with the most modern equipment, capable of overcoming off-road conditions. Including 22 cars with artificial lung ventilation devices for newborns. This is the largest contribution of one benefactor to the state medicine of Ukraine for the entire period of independence of our country. Today, many of these ambulances are involved in the fight against the epidemic in all areas.

Previous Post Doctors from Kryvyi Rih Received Expert Class Lung Ventilators from Rinat Akhmetov Foundation Next Post A Holiday of the Kind-Hearted: Today Is the Day of Charity