The Rinat Akhmetov Foundation provided the Chernivtsi Regional Center for Emergency Medical Care and Disaster Medicine with 1,750 rapid tests for COVID-19 detection. They are designed to diagnose the ambulance workers. 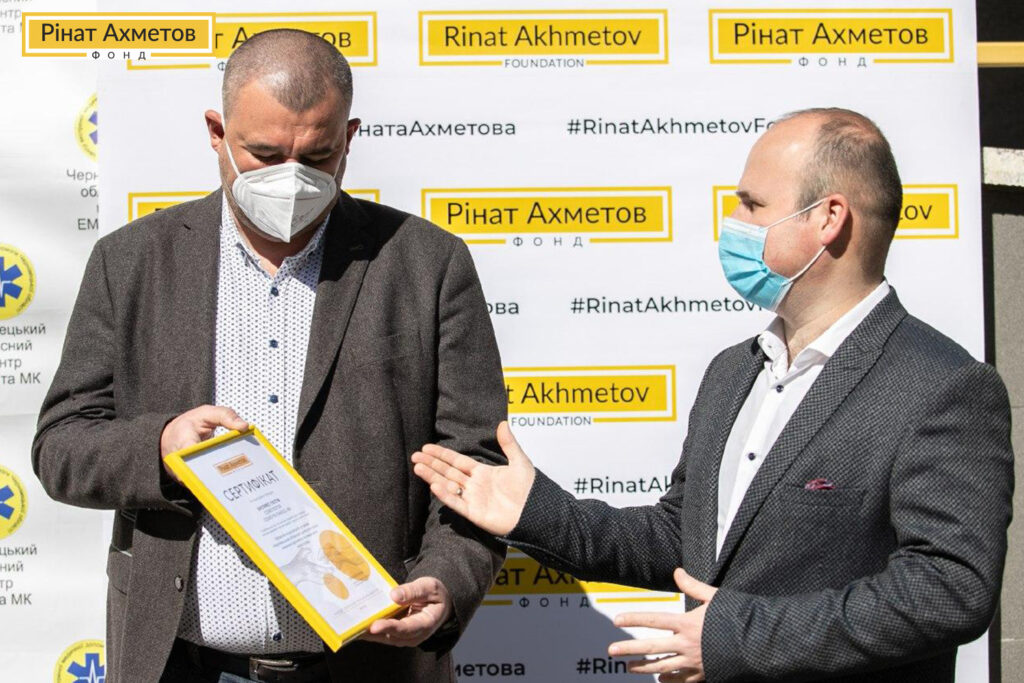 In total, the Rinat Akhmetov Foundation acquired and handed over 20,000 rapid tests to detect coronavirus for emergency workers. Medical workers of Lviv, Ivano-Frankivsk, Vinnytsia, Ternopil and Zhytomyr regions have already received some of this assistance.

“Today, medical workers are at the most vulnerable risk group, especially the ambulance crews. In fact, they are often the first to come into contact with the infected. These tests allow making the analysis very quickly and accurately. This is only part of the large-scale assistance that Rinat Akhmetov began to provide to Ukraine in February. He allocated 300 million UAH to fight the COVID-19 epidemic, for which Rinat Akhmetov combined the resources of the Foundation, FC Shakhtar and SCM businesses. They were aimed at solving the basic medical needs of the country. ”, said Natalia Yemchenko, a member of the Supervisory Board of the Rinat Akhmetov Foundation. 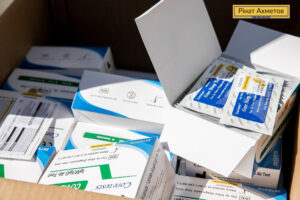 In turn, the director of the Department of Health of the Chernivtsi Regional State Administration, Oleg Chornyi noted the importance of such assistance:

“It is not yet possible to say that the peak of pandemic has been passed. The situation is changing very quickly. We thank the Rinat Akhmetov Foundation for assistant. ”

As explained by the head of the Chernivtsi Regional Center for Emergency Medical Care, Vladimir Yelenev, medical workers in the region were waiting for these tests.

“I would like to thank the Rinat Akhmetov Foundation for helping us. Many of our employees are in dire need of these tests, especially in rural areas. ”, said Vladimir Yelenev.

He noted that this is not the first aid for Chernivtsi region from the Foundation. In the framework of the project “200 Ambulances for Ukraine”, local medical workers received seven special vehicles with the most modern equipment, which can move on off-road areas. Today, four of them are in the Regional Center for Emergency Medical Care.

About how the Rinat Akhmetov Foundation helps Ukraine in the fight against coronavirus, read more in the review material here.