Honored metallurgist of Ukraine congratulated on the anniversary

On June 1, the honored metallurgist of Ukraine Vilord Solomonovich Movshovich celebrated the 85th anniversary. The CEO and administration of Zaporizhstal, the trade union committee and the veteran organization of the enterprise congratulated the hero on the occasion. 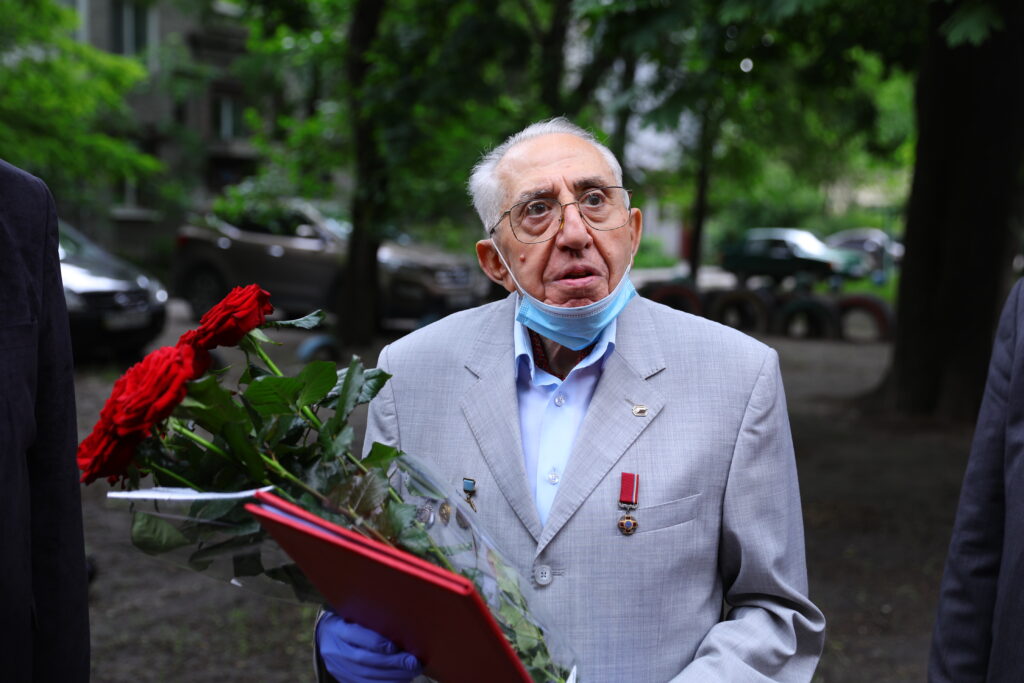 “He made himself. Technical talent. Highly qualified specialist. Organizational genius. Leader Training master. Erudite in almost all areas of knowledge. Patriot of “Zaporizhstal” – this is what his colleagues say about Vilord Solomonovich. A labor veteran worked at Zaporizhstal for 54 years, of which 27 he headed the central laboratory of the Works.

Vilord Solomonovich told how his career began at the Works:

My path is the path of many Zaporizhstal workers. I went through it and I hope I did it worthy. Today in the veteran movement we participate in all public affairs of the enterprise.

For his labor activity, Vilord Solomonovich Movshovich was awarded the Order of Merit 3 degrees, the medal named after academician S.P. Korolev, the medal “For Valiant Labor”, the Certificate of Honor from the Cabinet of Ministers of Ukraine, he is a laureate of the State Prize of Ukraine and awarded the title Honored Metallurgist of Ukraine”.

– Today is a wonderful day both for Zaporizhstal workers and for the hero of the day – Vilord Solomonovich Movshovich. Therefore, the administration of the Works, the trade union and veteran organizations honor today this famous person”, said Leonid Anisimov, chairman of the Zaporizhstal trade union committee. – Vilord Solomonovich and his central laboratory were a real think tank for improving the working conditions of the Works and its work team.

Previous Post The youth organization of the Works congratulated the family of immigrants on Children’s Day Next Post Rinat Akhmetov Foundation Delivered 32 Modern Lung Ventilators To Ukraine, The Largest Batch Of Equipment Brought To The Country. The Foundation Transferred Six Ventilators to Lviv Region