A sports ground for street workout was opened in Kosmichnyy microdistrict of Zaporizhzhya city as a part of one of the winning projects of the contest “We Are the City”, held by “Zaporizhstal” Steel Works. 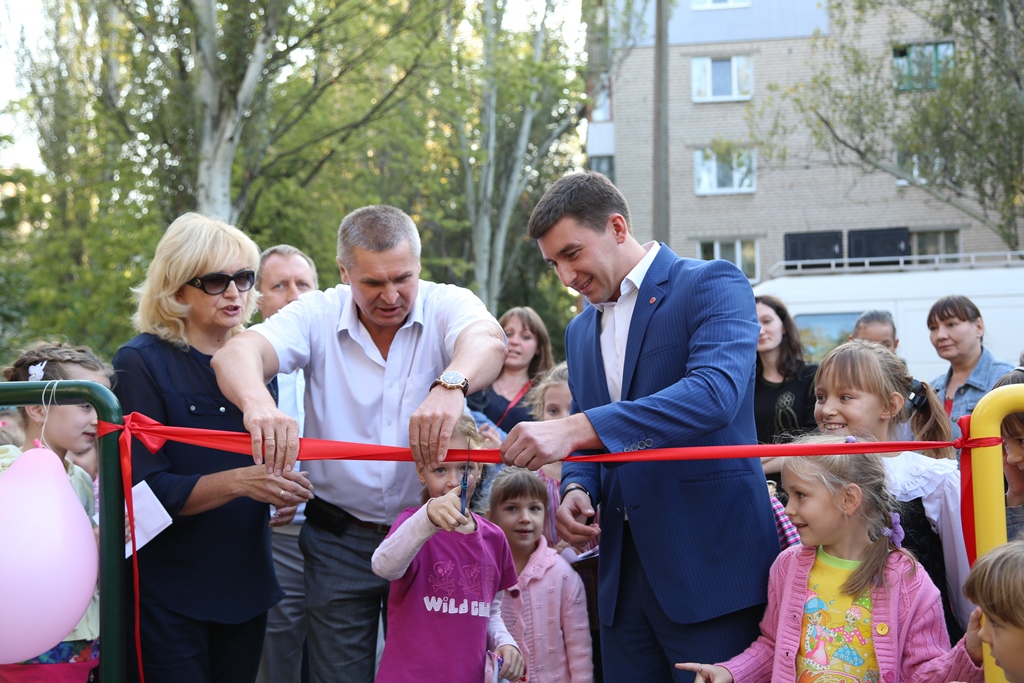 The enterprise provided a grant (100 thousand UAH) to a non-governmental organization “Skala” (“The Rock”) for implementation of the project, which was named “Healthy Future is Simple”. 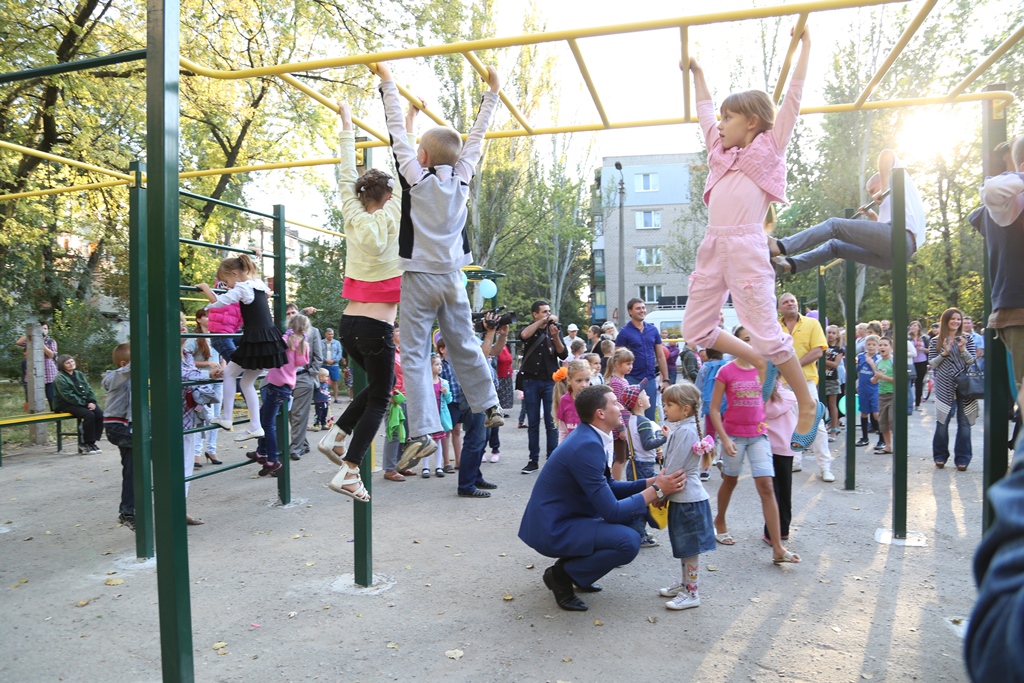 – Implements, benches, clothes rails, bins, bicycle parking were installed on this ground, – says Oleksandr Onyshchenko, the chairman of the non-governmental organization “Skala”. – Soon similar grounds within the project “Healthy Future Is Simple” will be opened near the school “Zaporizhzhya Sich” on the island Khortytsya, in Yubileynyy Park of Khortytskyy district, and at the school No. 71. I want to thank “Zaporizhstal” Steel Works and its General Director Rostyslav Shurma for being able to find means and to aid development of social initiatives in such a difficult time. 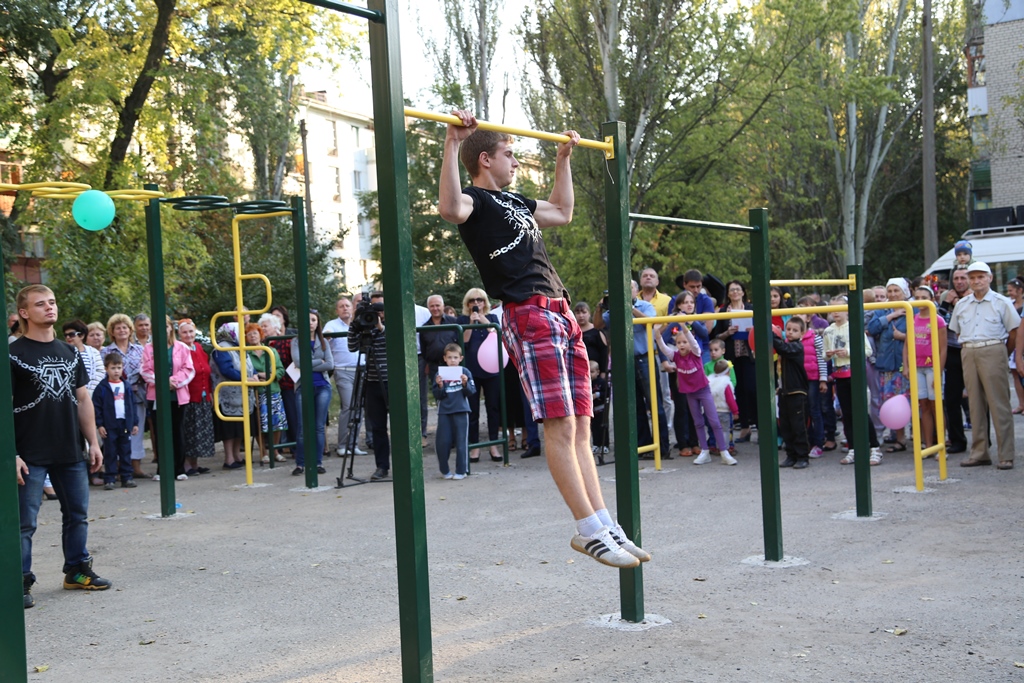 At the solemn opening ceremony the head of the youth organization of “Zaporizhstal” Steel Works Serhiy Ilchenko on behalf of the General Director of the Works Rostyslav Shurma congratulated everyone on this event, important for development of the sports in the city. After that, a team of three athletes with the initiator and leader of the street workout movement in Zaporizhzhya Bohdan Bunzon among them performed for the audience, demonstrating stunning execution of the most challenging exercises. 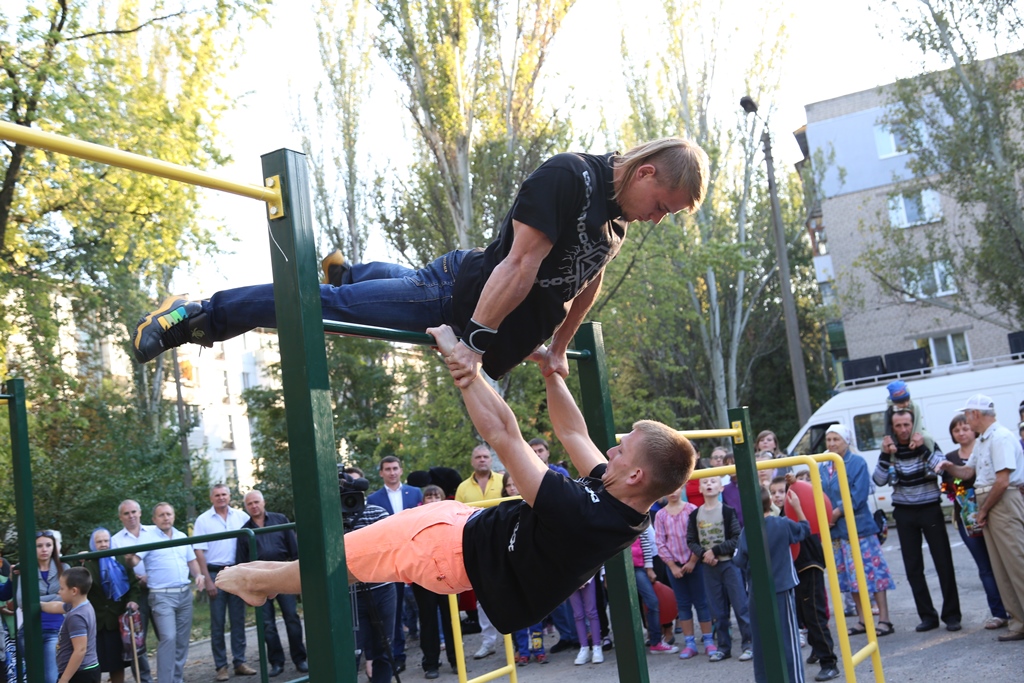 – We are not ready to rest, – points out Serhiy Ilchenko. – We will develop this sport and other ones as well. It is most important, that the citizens had a will to do something, to create for themselves and for people around them, and the Works “Zaporizhstal” will, of course, support them.