The Knowledge Which Will Save a Life

How to save a drowning man, help a person with a stroke, stop bleeding and fix a fracture: the children from the “Sputnik” children’s camp were taught to provide first aid. 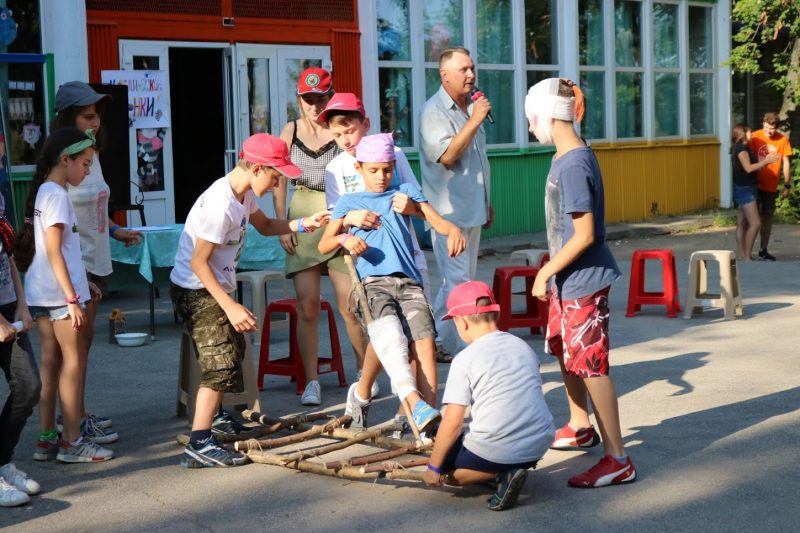 Thus began the project “Knowledge Which Saves a Life” (as part of the “Niko TV” Children’s Television and Film Studio ), which won the contest “We are city”. Now the author of the project, Valery Nikolaev, conducts master classes in children’s camps and at the same time shoots training videos. Moreover, in the fall, using this video material, it will teach more than 2000 of Zaporizhzhia schoolchildren the basics of first aid.

– The project “Knowledge Which Will Save a Life” is a very important and necessary, because the emergency situation can happen to anyone. One day I had a heart attack on the street. I was lying, and people were passing by. Until a girl with a dachshund came up and asked if I was bad. I said my heart hurts. Then the girl went to the adults and they called an ambulance. Thanks to this girl, I’m talking to you today,” said Valery Nikolaev.  “Adults are often indifferent, distrustful and pass by. Children do not have this yet. I want not only in Zaporizhzhia city, but also all over Ukraine children to know the rules of first aid. However, learning the basics of medical care is not all. As part of this project, we will open a children’s television and film studio. Everything that I mentioned before was realized thanks to the contest of social initiatives “We are city” made by the PJSC “Zaporizhstal”. I won a grant in the amount of 85 thousand UAH. The necessary equipment was purchased, the services of volunteers were paid, and much more with the help of this grant. I am very grateful to the contest “We are city”. Thanks to it, many good and useful things are embodied in Zaporizhzhia city.

Previous Post
5000 Zaporizhzhia Children Received School Kits from Metinvest as a Gift
Next Post
In search of Treasures: a Summer Camp of Archeology was Opened on the Khortitsa Island