BIKE RIDE TO THE INDEPENDENCE DAY OF UKRAINE

Regional Federation of extreme bike and cycling in the Zaporozhye region and activists of the youth organization of the plant “Zaporizhstal” organized “Veloden-2015” dedicated to the Day of the National Flag and Independence Day of Ukraine.

The race was attended by the patriotic people of all ages, many of whom were about 70 Zaporizhstal. 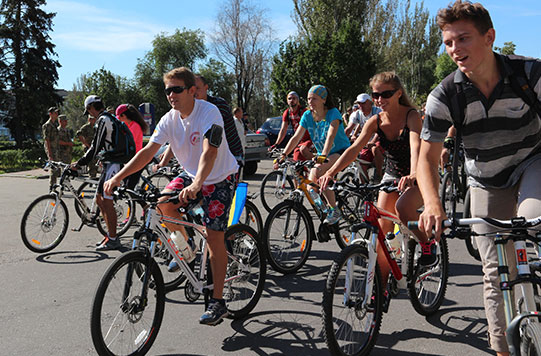 – Bicycling – an indispensable mode of transport, – the representative of the youth organization of the plant Maxim Vashchuk. – We want to Zaporozhye was developed, so that we have bike paths, as in Europe. Only in this way will be safe and pedestrians and cyclists, and motorists.

Participants path started on the area of the Festival and a half hours passed through the central avenue of Zaporozhye island Khortytsya.

– Important role in conducting Bike ride made youth “Zaporizhstal”, – said Igor Myalo, president of the regional federation of extreme bike and cycling in the Zaporozhye region – Young steelmakers helped us with the organizational moments and Works “Zaporizhstal” has provided a sanatorium on the island of Khortytsya where we continued our Bike parade contests and competitions. 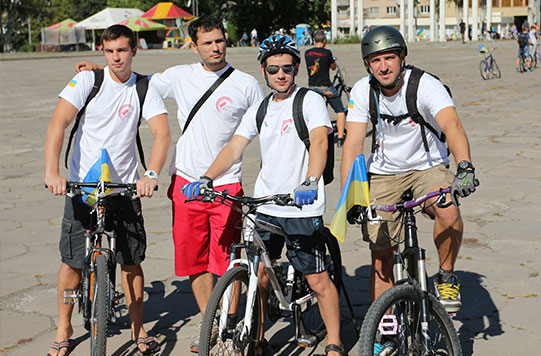 On the territory of resorts rally participants competed in the race, long jump and high. Winners have noted with medals and certificates for the purchase of bicycle goods.