Football teams from three Zaporizhzhia schools No. 71, No. 92 and No. 33 took part in the annual “Shakhtar Social” tournament as part of the second season of “Come on, Play!” project. 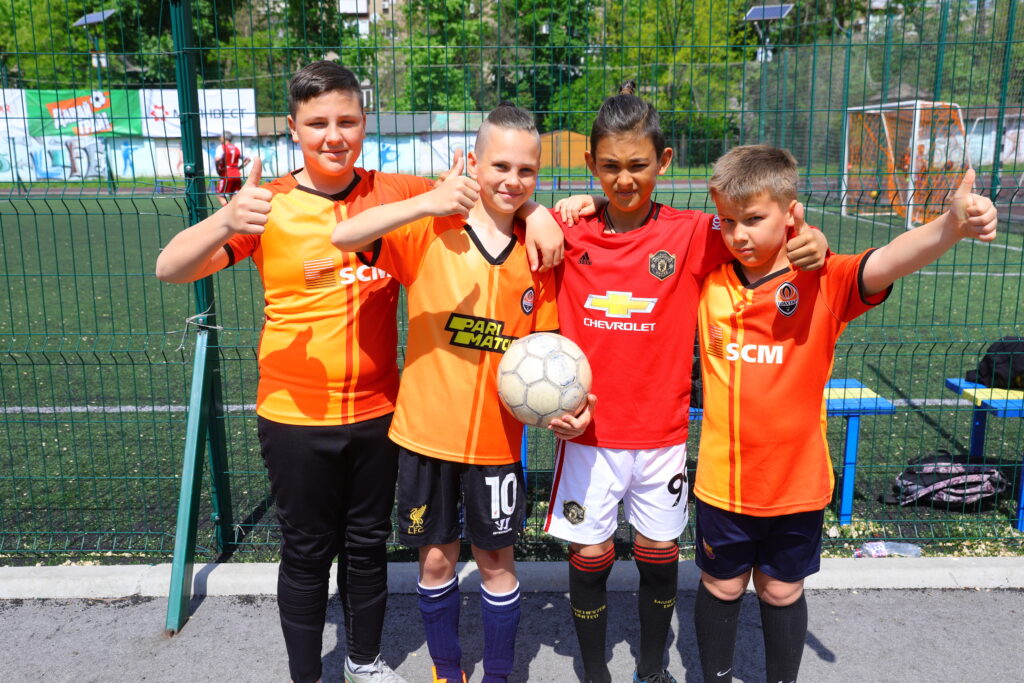 — Boys, girls and children with disabilities can play football due to the project “Come on, Play!” We underwent special training, they told us how to behave with the guys, motivate them for the game, how to train them. In addition, I have been in football all my life, I love and know this game, — said Pavel Prosvetov, the coach of one of the locations of “Come on, Play!” project. – We are currently holding an annual tournament. But we changed the format and made it an away one. Children of senior teams from three locations of the project participate in it. Children are more interested in playing with teams from other schools than with each other. The tournament was very well, the children were happy, it’s great.

The away tournament became not only an excellent reason for the guys to test their strengths and skills, but also once again train their skills. The parents of the young competitors watched the teams’ play. They mentioned that due to football, children not only develop physically, but also temper their character and strive for victory.

Social project “Come on, Play!” started in Zaporizhzhia in 2019 and is implemented with the support of Zaporizhzhia enterprises of Metinvest.

Let us recall, that Metinvest Group is celebrating its 15th anniversary in 2021. Metinvest is an international vertically integrated group of steel and mining companies. It comprises steel and mining enterprises in Ukraine, Europe, and the U.S., as well as a sales network in all key global regions. The company controls the entire production chain from the mining of ore and coal to the production of semi-finished and finished products.