As Part of the Action “Let’s Save the Dnieper Together!”, 600 Trees were Planted and Two Tons of Fish were Released into the Dnieper

On November 14, 2020, a public environmental campaign “Let’s Save the Dnieper Together!” on cleaning and stocking the Dnieper River, as well as planting new trees, took place. The organizer was the public organization “Green Center Metinvest Zaporizhzhia” with the support of the Zaporizhstal Works and other Zaporizhzhia enterprises of Metinvest in conjunction with the Khortytsia National Reserve, the Zaporizhzhia Regional Organization of the Society of Fishermen and Hunters and the Federation of Spearfishing, Diving and Fishing.

In connection with quarantine measures, the traditional ecological action was held with a minimum number of participants, without a mass gathering of people and a large-scale subbotnik. During the action, divers of the regional federation of spearfishing, diving and fishing cleaned the bottom of the Dnieper River from debris. With the participation of the Zaporizhzhia regional organization of the society of fishermen and hunters, a large-scale stocking of fish took place in the Dnieper – over 20 thousand fish were released into the river (about two tons of carp, wild carp, grass carp).

On about. Khortytsya youth activists of the Zaporizhstal combine together with the Khortytsya national reserve planted a new alley of 500 oak seedlings. Volunteers from Metinvest’s Zaporozhye enterprises planted 100 lime trees on the territory of the Dnieper bank protection in the Zavodskoy district of the city. More photos from the environmental campaign – follow the link. 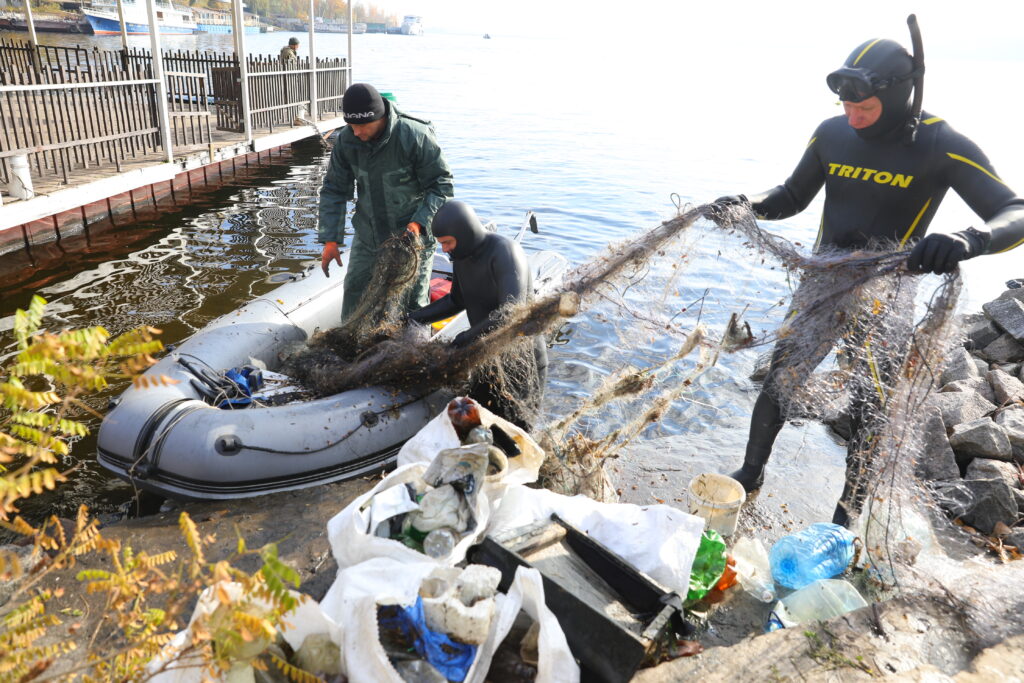 As part of the initiative “Let’s Save the Dnieper Together!” for children under 18 living in Zaporizhzhia, the Green Center Metinvest Zaporizhzhia from November 9 to 31, 2020 is holding a creative online competition “Ecoheroes”. More details can be found on the organization’s official Facebook page.

As a reminder, in September 2020, Zaporizhstal within the framework of the action “Let’s Save the Dnieper Together!” planted 200 trees along the Zaporizhzhia Embankment. In addition, in November 2020, Metinvest’s Zaporizhzhia enterprises took part in the all-Ukrainian campaign “A Million Trees in 24 Hours”. Employees of the enterprises planted 350 willows and maples on the bank protection line in the Zavodskoy district of Zaporizhzhia.