«Zaporozhstal» Steel Works according to implementation of a program on training of highly qualified specialists, held professional skill competition among young workers of the Steel Works. 514 specialists of various blue collar occupations took part in the competition (476 people in 2013). On contest results the winners were awarded with cash bonus.

Contest is held in three stages annually. In the course of the first stage of contest, specialists competed on 38 main professions in their collective bodies. After that, the first stage winners participate in the contest between the shops of subdivisions. At the third stage – defend the Steel Works’ honour at municipal and regional contests of professional skills among iron and steel plants of Ukraine. 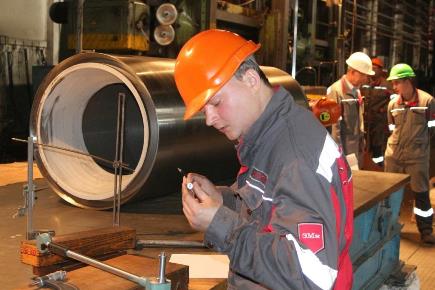 “Steel Works pays great attention to the forward development of young professionals, as confirmation to this – predominantly young people are designated to the key posts. In the run up to the Young People Day, we awarded talented and gifted youth, who on the contest results showed best professional knowledge and practical skills”, – pointed out Rostyslav Shurma, CEO of “Zaporozhstal” Steel Works. 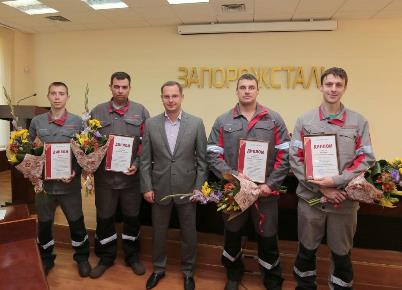 Please note, that by today, 5996 young specialists are working at the Steel Works, among which 4888 people – it is the youth of the blue collar occupation. It should be mentioned, that on the year 2013 results, 185 young specialists received promotion, and 1276 young employees raised their working grading.