«ZAPORIZHSTAL» STEEL WORKS REDUCED NATURAL GAS CONSUMPTION FOR 18% IN THE 1ST QUARTER OF 2014. 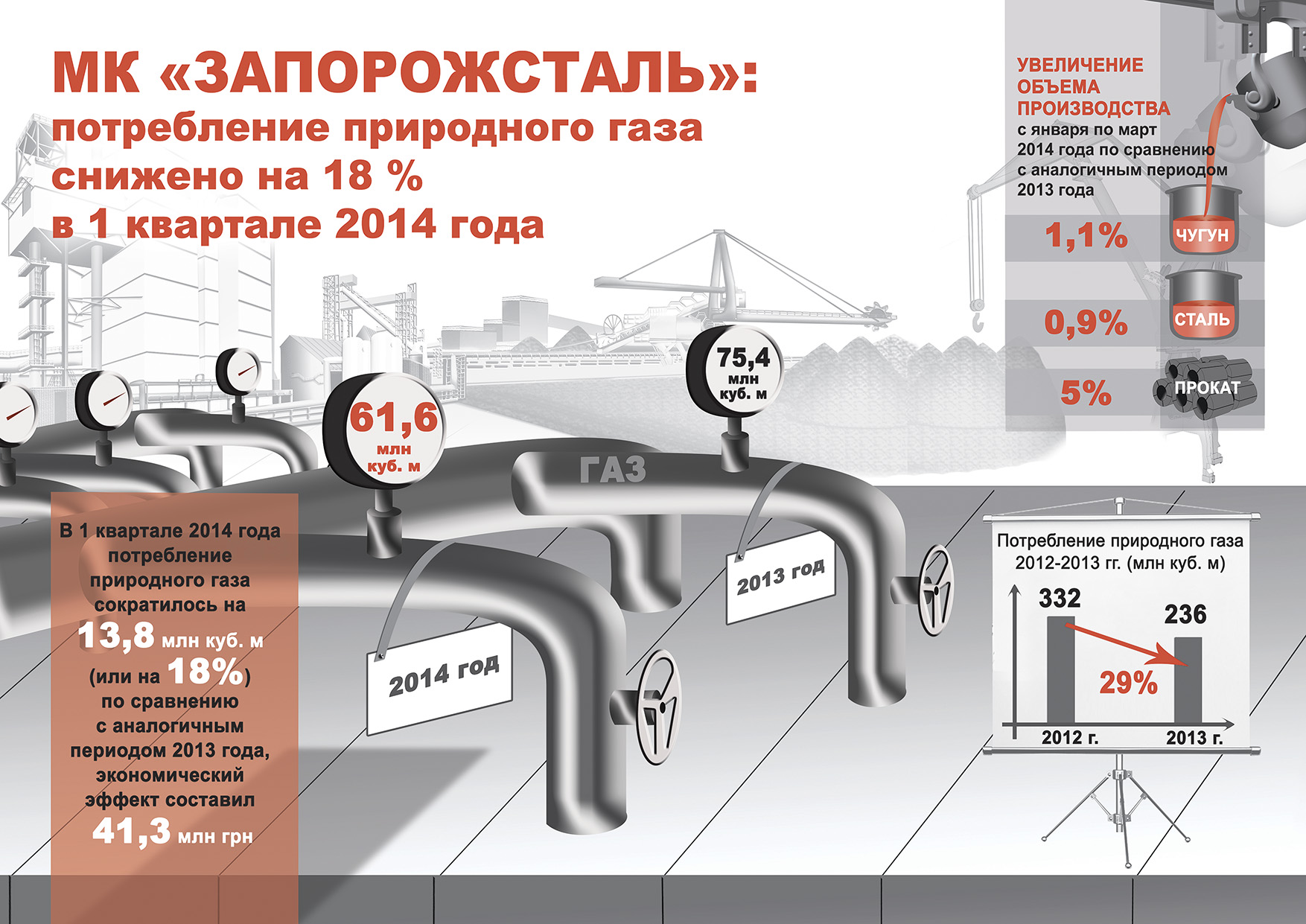 The increase of energy efficiency and rational use of energy resources are included into the list of the priority tasks of «Zaporizhstal» Steel Works within the frame of Metinvest’s technological strategy, which foresees the revamping of the facilities and energyefficiency measures.

«The situation concerning natural gas supply into Ukraine is so acute that the problem of energy saving and energy efficiency upgrading in metallurgy can be solved only in one way — active investments into modernization and production process engineering», — the General Director of «Zaporizhstal» Steel Works Rostyslav Shurma underlined.

Let’s recall, the energy management system according to ISO 50001 International Standard is in effect at the Works.