Solemn opening of sports ground with street gym training devices has taken place in school territory on September, 17th, 2014 in urban-type settlement Veseloe (the Zaporozhye region) – the winner of competition «We are the city», which was organised by the «Zaporizhstal» Steel Works. For the second year public organization “Veseloe – 2007” receives the grant from the Works at a rate of 50 thousand UAH, each on development of projects directed on propagation of healthy life-style and popularisation of sports activity among inhabitants of settlement Veseloe. 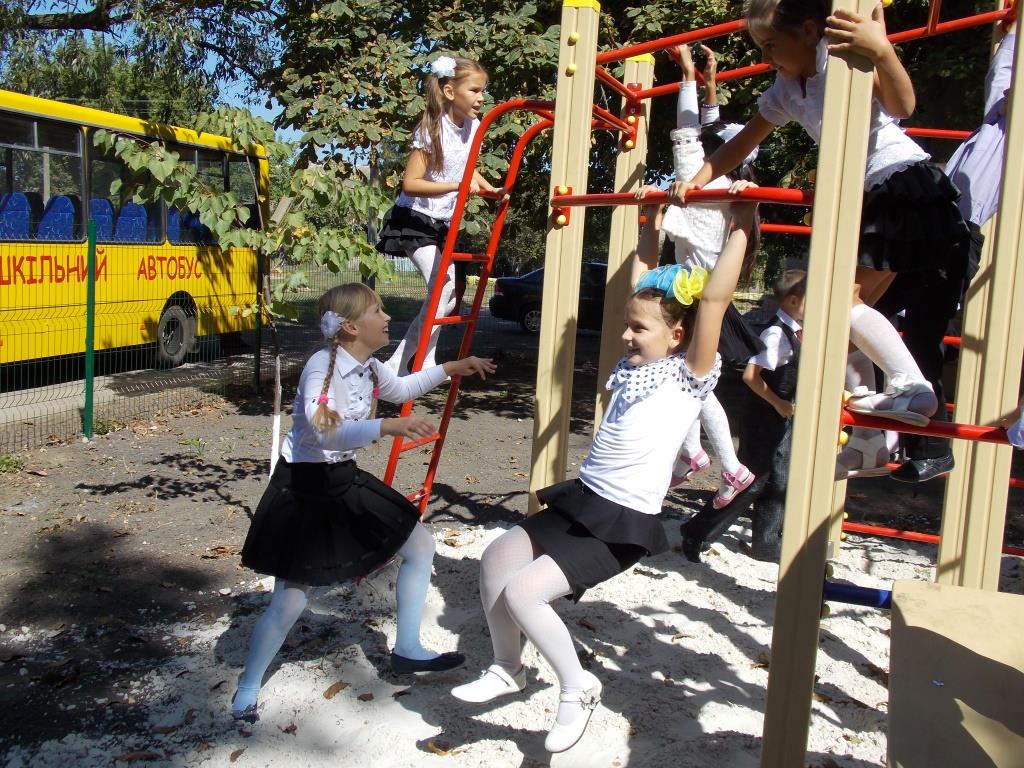 The project «Sports hall under the open-air» became the second project, realised by the public organisation “Veseloe – 2007” within the limits of the contest «We are the city». Last year the organizers have directed the grant in the amount of 50 thousand UAH on building of sports ground for indoor soccer with artificial covering.

The new sports ground with modern exercise machines and gymnastic complex is located next to two educational institutions – Veselovskaya comprehensive school No. 2 and Veselovsky professional agrarian lycee. Lessons on physical culture for 500 pupils will be conducted in this place. In addition, inhabitants of settlement Veseloe can also be engaged in sports activities with the help of new sports exercise machines.

The Contest “We Are the City” has been held in Zaporozhye for the second year repetitively within the corporate social responsibility program of Metinvest Group. Its goal is improving of social activity of the population and supporting of relevant projects aimed at improving the quality of life in all cities where Metinvest operates.

Altogether 123 applications for participation in the contest were submitted in 2014. 17 social projects of the citizens became finalists and received from the “Zaporizhstal” Steel Works financing in the amount of 1.1 million UAH for implementation of their initiatives in the course of 2014. Each finalist has received the grant from the Works up to 100 thousand UAH for implementation of their projects.