Andrey Zhuk was appointed as a Chief Engineer by the order of the General Executive Officer of «Zaporizhstal» PJSC. Vladimir Buriak, who was holding this rank earlier, accepted the resignation due to that he was elected for the place of the Mayor of Zaporozhye city (resolution by Zaporozhye city Election Committee of Zaporozhye Area No.165 dated November 16, 2015). 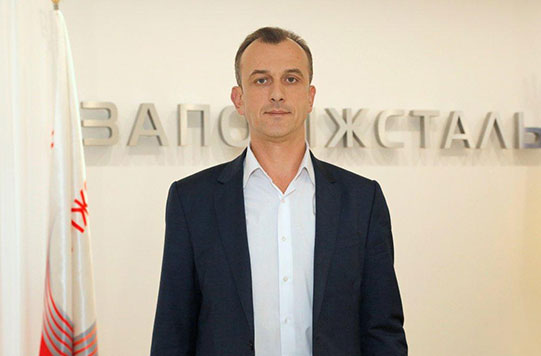 Having headed the engineering service management of the Works, Andrey Zhuk will be responsible for technical policy and efficient operation of the Works’ equipment, its repairs and maintenance, operation of the power supplying systems and Works’ communications. The Chief Engineer’s subordination includes the repair-and-mechanical shops and power supplying shops of the Works, where about 4000 specialists and workers are engaged.

«I’m sure that Andrey Zhuk, as the Chief Engineer, will show his best leadership merits and experienced engineering expert qualities. He devoted his whole working life to «Zaporizhstal», he rose through the ranks from a worker to a supervisor. Andrey Zhuk is a high-qualified specialist with innovative mentality, he lives the Works’ life in every sense of the word and he realizes its technical infrastructure very well. I believe that Andrey will succeed to solve all the problems put in front of him concerning technical development of our Works», – the CEO of «Zaporizhstal» PJSC Rostyslav Shurma noted.

Andrey Zhuk is 44, he was born in Zaporozhye, graduated from the Zaporozhye State Engineering University, with specialization of «Mechanical Engineering» and he has qualification of a Mechanical Engineer. He had worked for over 20 years at the Works: he began his working life as a Reparman of the Sinter Plant, then he worked as a Maintenance Foreman with mechanical equipment of the Sinter Plant, as a Deputy of the Superintendent of Sinter Plant and as a Head of Production Department in the Capital Construction Management. Andrey Zhuk was in charge and successfully completed the projects on a large revamping of the Blast Furnace No.4 and on revamping of Sinter machine No.1, as well as some other investment projects at «Zaporizhstal» PJSC.

Previous Post SPORTS FESTIVAL FOR THE WHOLE FAMILY Next Post PJSC «ZAPOROZHSTAL» TRANSFERRED MORE THAN 2 BILLION UAH OF TAXES DURING 10 MONTHS OF 2015.