On the 7th of November, 2015 in Zaporozhye, with support of «Zaporizhstal» PJSC, a global environmental campaign «Let’s Save Dnieper Together!» took place, more than 1.5 thousand of active citizens took part in it, among them there were workers of the industrial enterprises, students of the educational institutions, representatives of the public organizations, non-indifferent inhabitants of Zaporozhye city. «Zaporizhstal» PJSC allocated about UAH 155 thousand for organizing this campaign.

In the course of campaign, the participants carried out cleaning of the embankment motorway along the Dnieper riverbank for about 2 km length. Following the results, they collected about 12 tons of rubbish, dead-wood and foliage. 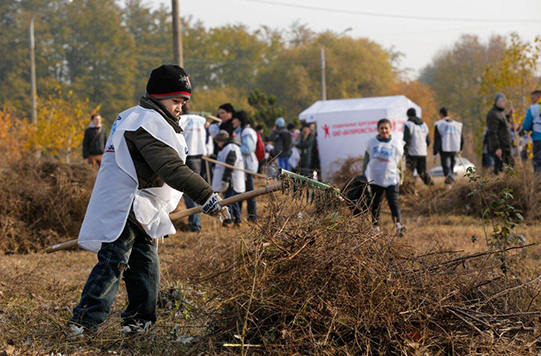 In the course of campaign, the divers from the Regional Federation of Spearfishing, Diving and Fishing carried out cleaning of the Dnieper river bottom from rubbish. In the result, they found 300 kg of household rubbish, among which there were fishing nets, tiers, German thermos bottles of the Second World War period.

Upon finishing the environmental volunteer Saturday cleaning-up, a large-scaled stocking with fish of Dnieper river took place – over 37 thousand of full-grown fish were released into river (about 1.3 tons of carps, Wild Carps, white amur or grass carp). 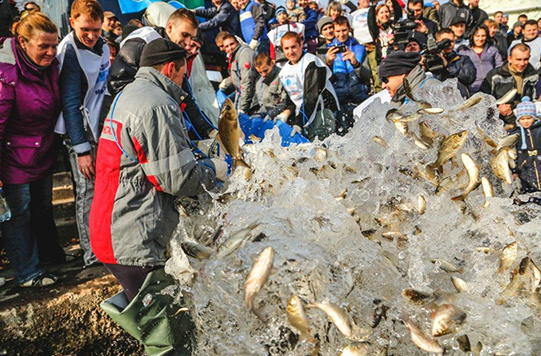 The environment campaign was carried out under support and with participation of the Zaporozhye city’s organization of Hunters and Fishermen Society, Regional Federation of Spearfishing, Diving and Fishing.

Let’s note that «Zaporizhstal» PJSC, for the fourth year running, supports the public environmental initiative «Let’s Safe Dnieper Together!». With every passing year, the scales and purposes of the environmental events grow, and Zaporozhye citizens, non-indifferent to the environmental problems, join them. 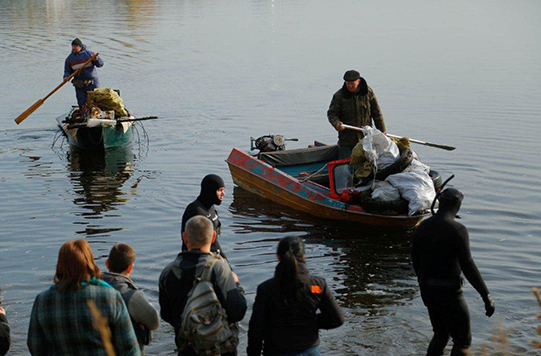 We remind you that the public environmental initiative «Let’s Safe Dnieper Together!» started in 2012 due to initiative of the active citizens, representatives from all the regions of Ukraine, ready to invest in environmental improvement. Yearly, within this initiative, the inhabitants and representatives of the public organizations carry out cleaning the Dnieper riverbed and its riverfront territory from rubbish. Within the campaign, they carry out stocking of the river, set-up of spawning areas, make-up the floating nests for birds, plant out trees in Khortitsa island.