The new patriotic sports-developing leisure-time entertainment «Cossack trolley», the construction of which was financed by the industrial complex “Zaporozhstal” has begun functioning on January, 07th, 2016 in the historical and cultural complex «700letniy Zaporozhskiy dub» (700-year-old Zaporozhye oak-tree). In 2015, the project became the winner of the contest «We are the city», and the Steel Works has assigned the grant for its realisation in amount of around 94 thousand hryvnas. 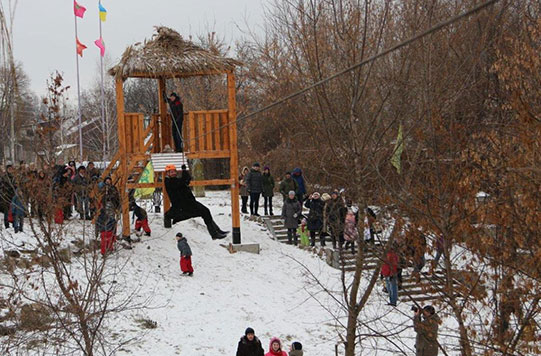 The children and teen-age school of Cossack fighting art “Spas”, which has proposed idea of creation of leisure-time entertainment in territory of the historical and cultural complex has acted as the author of idea. The project is focused on patriotic education and physical development of the youth, organisation of active rest for inhabitants and guest of the city, as well as on increasing of tourist attractiveness of the Zaporozhye region.

The length of the trolley is 38 metres, the height – 6 metres. The peculiarity of the entertainment lie in the fact that getting down along the trolley is necessary to do in Cossack wide trousers. Trolley is intended for adults and children, and all wishing to go for a drive on it can do it all the year round. 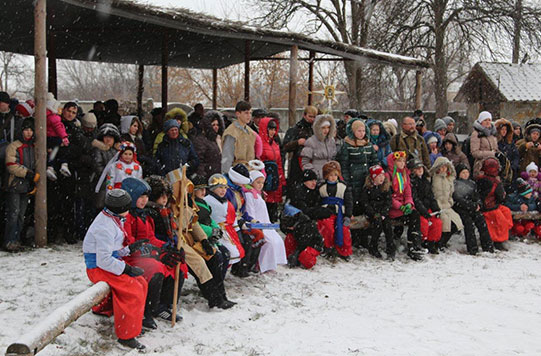 It should be noted that the industrial complex “Zaporozhstal” has financed in 2014, within the limits of contest «We are the city» creation of the «Cossack kuznya» (blacksmiths shop) in territory of historical and cultural complex «700letniy Zaporozhskiy dub».