On January 17, 2017 PJSC “Zaporizhstal” held in Zaporozhye city public hearings on the project “Reconstruction of steelmaking, with construction of complex for production of hot-rolled coils as a part of converter department, CSP department and auxiliary production”.

In the public hearings that were held like open dialogue, took part representatives of regional and city authorities, environment experts of Ukraine, representatives of science, public of Zaporozhye city. Public hearings were held in an open dialogue form: besides public speaking of the Works official representatives and regional authorities on implementation of the project, Zaporozhye citizens received answers to questions concerning project time for performance, environmental impact assessment, closing of outdated open-hearth production. 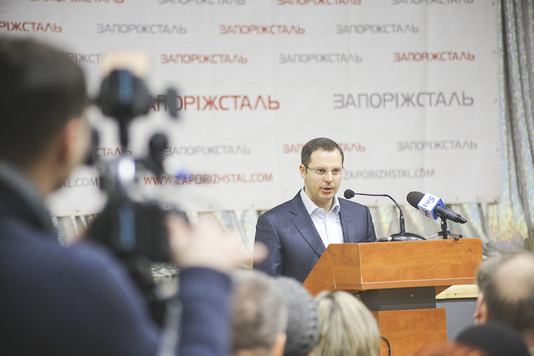 At the end of December 2016 the All-Ukrainian Environmental League (Chairman T. Timochko) initiated and was an organizer of round table on reconstruction of steelmaking production of PJSC “Zaporizhstal”. Within the framework of round table the project was comprehensively analyzed by experts and received a positive assessment from environmentalists. The experts’ comments were taken into account in the project.

“Construction of modern BOF shop is a project of prime importance, with the realization of which we will achieve complex effect: we will modernize the plant and lead it to the European standards, reduce load on the region, with the involvement of multimillion investments we will make a breakthrough in the economic development of the city. We truly believe that this project can be successfully implemented only after discussing it in an open dialogue with the participation of public and highly qualified experts, as it is today”, said the CEO of PJSC” Zaporizhstal “Rostyslav Shurma.

At present, PJSC “Zaporizhstal” has channeled 500 million UAH for the design work on oxygen-converter shop. The Works has drawn the world’s best practices such as world’s leading manufacturers – companies Primetals and SMS Siemag. Design documentation was prepared by the leading Ukrainian institutes “Ukrgipromez “and “Energostal”.

“The project is important for the city in all aspects – both ecological and economical. Now work on improving the project continues, and this is a positive example of cooperation between business and public in order to achieve a common goal. Carrying out of public hearings is a step towards an open civilized dialogue, a positive precedent which must be the same for all enterprises”, – pointed out the head of Zaporozhye regional organization of the All-Ukrainian Ecological League Irina Pirogova.