GERMINE POPPELLER, THE AMBASSADOR OF AUSTRIA IN UKRAINE HAS HIGHLY APPRECIATED MODERNIZATION PROGRAMME OF THE “ZAPORIZHSTAL” STEEL WORKS.

On July 3d, 2015, the Austrian delegation composed of Germine Poppeller, the Ambassador extraordinary and plenipotentiary of Austria in Ukraine, and Erih Simbjurger, the embassy military Attache has visited “Zaporizhstal” Steel Works. The representatives of Embassy of Austria in Ukraine have been familiarised with operation of the ecological project – continuous pickling line with hydrochloric acid pickling (NPL-4) in the Cold Rolling Shop No.1, which has been realised in partnership with the Austrian Control Bank (OeKB).

During the visit, Germine Poppeller, the Ambassador of Austria in Ukraine has discussed with management of the “Zaporizhstal” Steel Works the perspective directions of potential cooperation, including project of the Converter Shop construction. 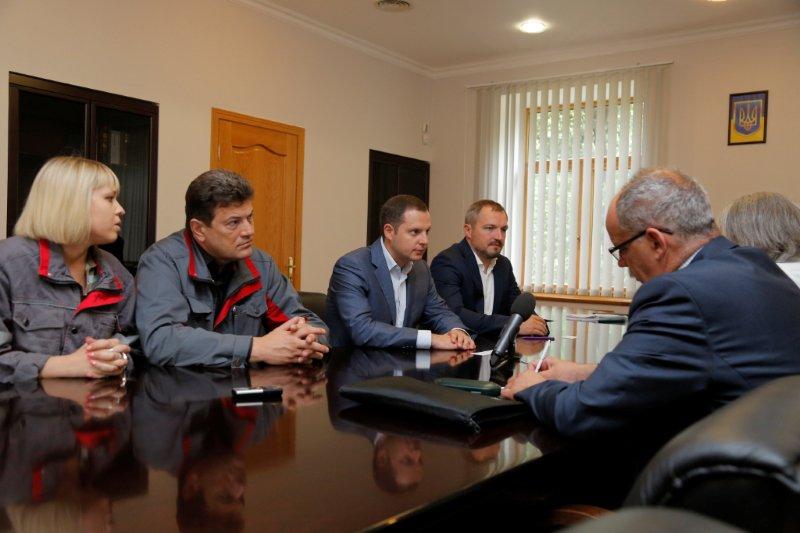 Germine Poppeller has highly appreciated modernization programme of the “Zaporizhstal” Steel Works, having declared about possible support in future of investment projects from the side of the Austrian financial institutions: «Ukraine can become competitive in the European market, thanks to such enterprises as “Zaporizhstal”. Certainly, we will help to realise the coming investment projects, but it depends on situation in Ukraine and in Europe». 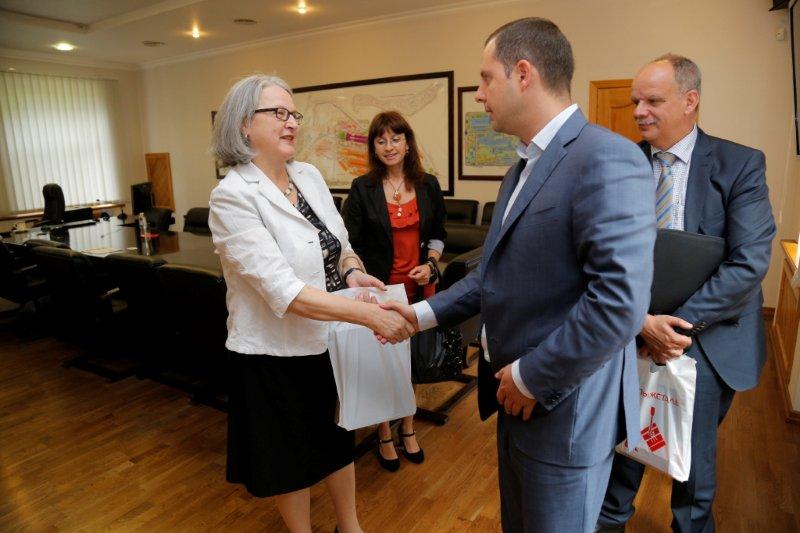 «We already have a successful experience of joint large investment projects with Austrian and with other European partners and suppliers. As for today, realisation of new projects is impeded exclusively by diffi-cult political and economic situation in the country», – has told Rostislav Shurma, CEO of the “Zaporizhstal” Steel Works.