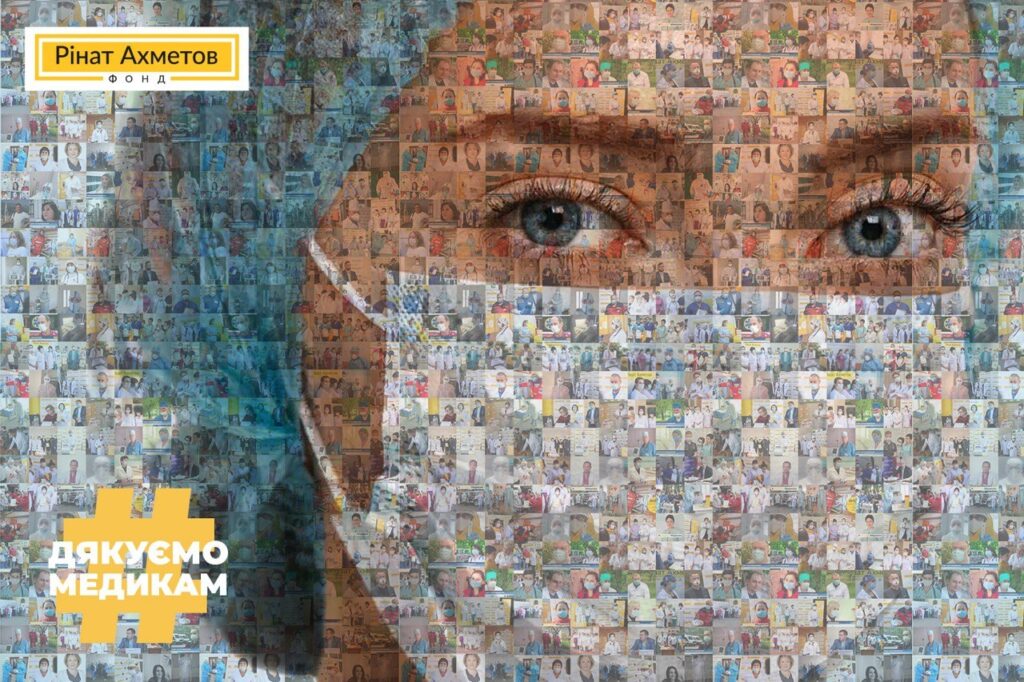 On June 19, on the eve of the Day of the Medical Worker of Ukraine, which will be celebrated on June 21, Rinat Akhmetov Foundation, with the support of “Ukraine” TV channel and FC “Shakhtar”, is launching a flash mob of personal thanks to doctor or doctors of any specialty.

The action will be a continuation of the special project #Thankdoctors, which the Foundation conducted with “Ukraine” TV channel in May. Then the professional stories of doctors and nurses involved in the fight against coronavirus were collected, shown and published. The new flash mob applies to all doctors without exception. After all, every person in life has a doctor who has become a personal guardian angel or saved someone close. Rinat Akhmetov Foundation urges to record a video thanking a specific doctor for help or rescue, naming his name and place of work and posting it on social networks with the hashtag #Thankdoctors.

The ambassadors of the Foundation, presenters of “Ukraine” TV channel and people just known all over the country – Oleg Panyuta, Igor Pupkov, Maryna Kukhar, Anna Panova – will be the first to join the flash mob. At the start of the action, “Ukraine” TV channel will shoot and start airing videos in which the stars will urge everyone to thank the doctors.

In support of the flash mob, on June 20, FC “Shakhtar” team will go to the warm-up in T-shirts with the words “Thankdoctors” before the match with FC “Olexandriia”.