“Zaporizhstal” Planted 200 Trees In Zaporizhzhia Under The Campaign “Let’s Save The Dnieper Together!”

On September 17, 2020 under the public environmental initiative “Let’s Save the Dnieper Together!” “Zaporizhstal” planted about 200 trees on the banks of the Dnieper along Naberezhnaya Highway. Young people and employees of the Steel Works, employees of “Metinvest Green Center” and initiative Zaporizhzhia citizens took part in the tree planting. 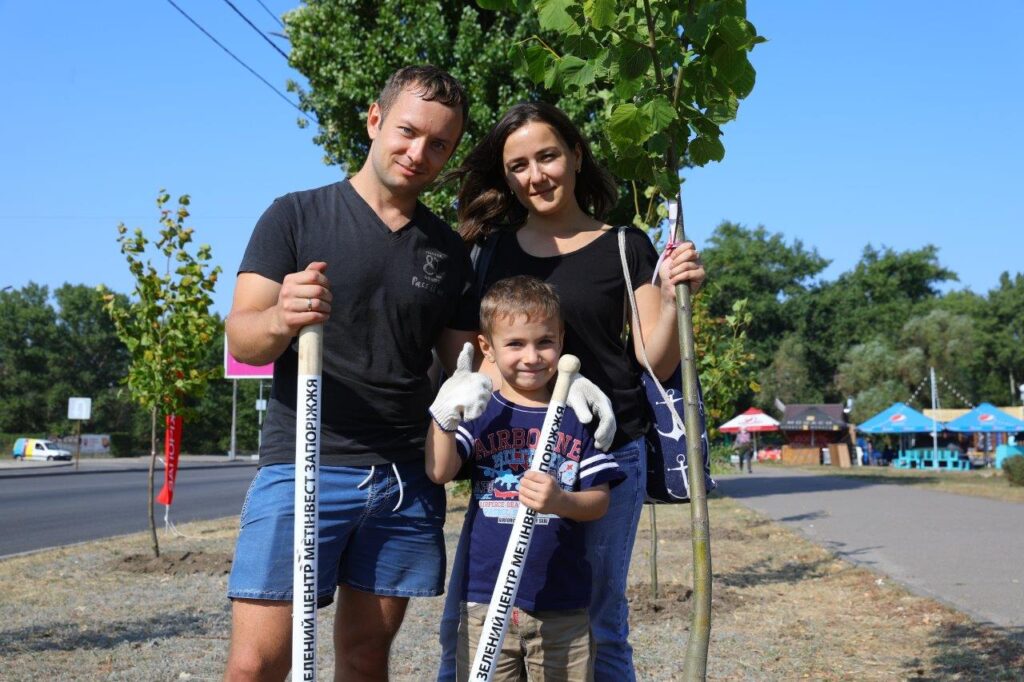 For planting, grown-up seedlings of 5-7-year-old lindens with a clod of earth were chosen so that the trees would take root as much as possible. Linden is highly resistant to aggressive environmental factors, copes with technogenic air pollution: retains dust and absorbs car exhaust. This will help purify the air near Naberezhnaya Highway – the busiest road in Zaporizhzhia.

The Steel Works intends to monitor the growth of trees and arrange their regime watering before the rainy season so that they take root.

Since 2012, under “Let’s Save the Dnieper Together”, with the support of “Zaporizhstal”, about 1 000 trees have been planted, more than 130 tons of garbage have been collected, about 170 thousand fish have been released into the Dnieper, 8 600 spawning areas, 30 floating nests and 30 bird feeders have been arranged. During this period, about 9 300 people took part in the action. In 2018, the public environmental initiative “Let’s Save the Dnieper Together!” of “Zaporizhstal” Steel Works entered the Ukrainian Book of Records as the largest eco-campaign in the country.