On December 16, 2019, the All-Ukrainian Ecotransformation-2019 business forum of enterprises and companies introducing projects to reduce environmental impact was held in Kiev. Zaporizhstal received the highest award in the nomination Eco-Investment Leader-2019 for the implementation of investment program for the environmental modernization of production over the past 7 years. 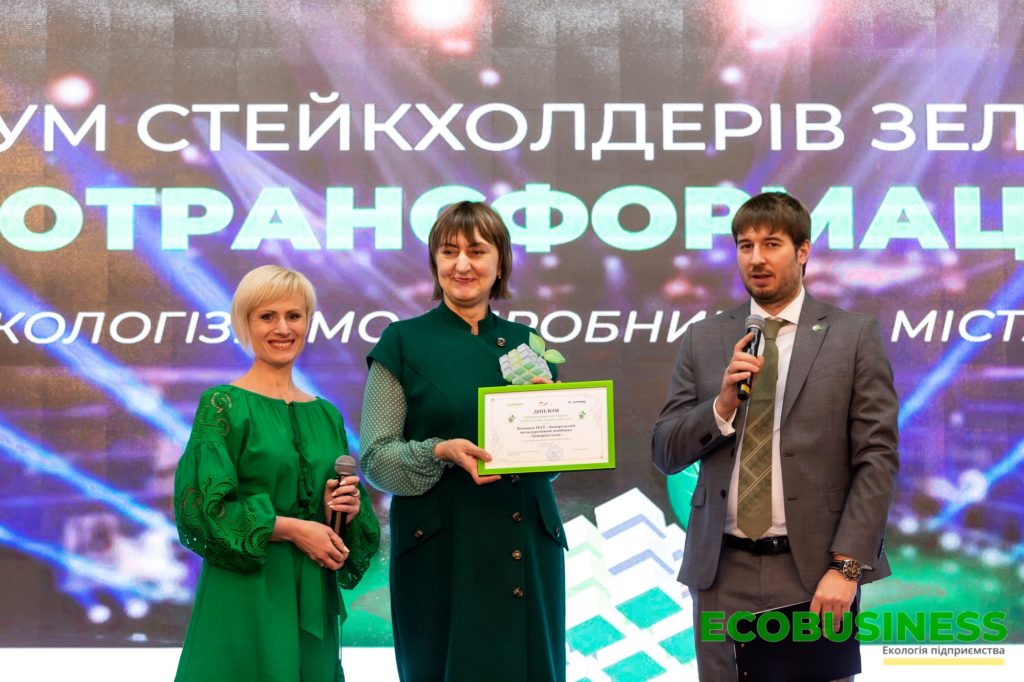 Since 2012, Zaporizhstal has invested about 11 billion hryvnias in environmental modernization of production.

Zaporizhstal completely modernized the sinter plant, equipping each of the six sinter machines with modern bag filters and an online monitoring system for exhaust gas and dust emissions. This decision allowed to reduce dust emissions by 90%, sulfur – by 50%. In addition, three of the four blast furnaces in the process of complex reconstructions received effective suction units that provide cleaning of exhaust gases from dust up to 20 mg per cubic meter.

The only high-tech cold rolled pickling line in Ukraine operates in a completely closed cycle, which eliminates the discharge of neutralized water from the rolling redistribution into the river Dnieper. In addition, the Works built new fan cooling towers, which allow reducing the intake and, as a result, the discharge of water into the Dnieper and provide cool water circulation cycle for the Works. The new complex for capture of runoff water that was put into operation in 2019 allows reducing the discharge of 5 million cubic meters of wastewater that was previously discharged into the Dnieper and sending it back to production.