The second stage of the social initiatives contest «We are the City», arranged by PJSC «Zaporizhstal», entered in the final stage. Within two weeks, the Expert Council will define the finalists of the contest who will get the grants for development of their ideas in amount of UAH 100 thousand. The total budget of the contest makes up UAH 2 million. 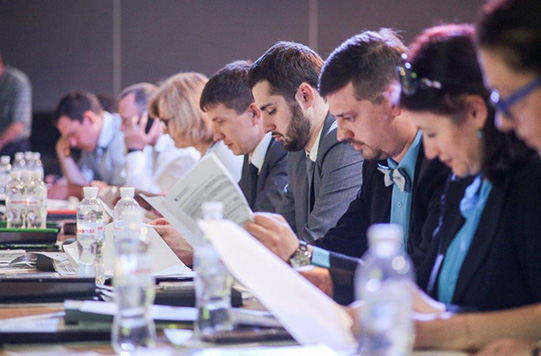 The contest started in April, 2016. Totally, 254 project proposals were submitted, the Expert Council singled out of them 71 projects. Following that, a number of opened presentations of the projects-semifinalists was held, in the course of which, the participants presented their ideas to the members of the Expert Council. Now, the points are calculated, which were chosen by the experts upon the results of the opened presentations. The results of the contest will be disclosed on the 17th of June.

«When choosing the finalists, they considered a complex of such factors as significance of the project, social orientation, degree of the idea development for matching the economic components and availability of any re-sources for its execution. However, the most important for us is to improve the living standards of the citizens by means of common efforts», – noted the Chairman of the contest Expert Council Alexey Lebedev.

It should be pointed out that within the contest, the online polling for the “People’s Project” was executed, in which 7.5 thousand of Zaporozhye citizens took part. The People’s Project, that collected the greatest voting power, was recognized the project by ZLLC «Sports club «AYAKS» – «Assistance for the young football players» concerning erection the safeguard fence along the perimeter of the mini-football field for pre-school and junior school children The «People’s Project» will get some extra points to the total final mark given by the Expert Council.