LET’S SAVE THE DNIEPER TOGETHER!

Public environmental initiative “Let’s Save the Dnieper Together!” was launched in November 2012 at the initiative of the active population, representatives from all regions of Ukraine, ready to contribute to a better environment. The aim of the initiative is to clean up the environmental river Dnieper and its coastal areas as well as the restoration of the living resources of reservoirs.

During the first stage of the action in November 2012 were cleared coastal areas around the island of Khortytsya River Wet Tit, Velikoluzhskih smoother and – urban waterfront opposite Voznesenovsky park. Collected and recycled more than 18 tons of garbage.

In November 2013 in Kiev, in the framework of the public ecological initiative “Let’s Save the Dnieper Together!”, held a large-scale environmental action cleaning of coastal areas and the conservation of living and natural resources of the river Dnepr, it involved more than 2.5 thousand people. The event took place at the organizational and financial support Zaporizhstal – to implement the social initiatives residents Zaporozhye company allocated 200 thousand UAH.

Environmental project “Let’s Save the Dnieper Together!” was implemented by public organizations, the Zaporizhstal, as well as companies Zaporozhkoks and Zaporizhia, pupils, students and residents of Zaporizhia. Cleaning garbage collected (about 18 tons) were involved in about 40 cars and swimming facilities, spent five thousand garbage bags.

During the event, participants removed from the household, and plastic trash coastline Dnieper River longer than 2 km. Club members ‘Piranha’ – divers and underwater hunters (30 pers.) cleaned up the bottom of the Dnieper River and flooded part Khortytsia in tight spaces reserved and the flooded areas of the island.

Young activists “Save Dnepr together” – students Zaporozhye gymnasium № 46 – during the campaign thousand young seedlings planted oak on the island of Khortytsya. This kind of trees specifically chosen as acorns – the best animal feed. Also with the aim of taking care of animals in the protected part of the island Khortytsya, protesters set 10 feeders and nesting for 10 listed in the Red Book of Ukraine goldeneye ducks.

The campaign was the largest stocking Dnieper – the river released more than 20 thousand of herbivorous fish (carp, silver carp, grass carp), which are biological melioration reservoirs. 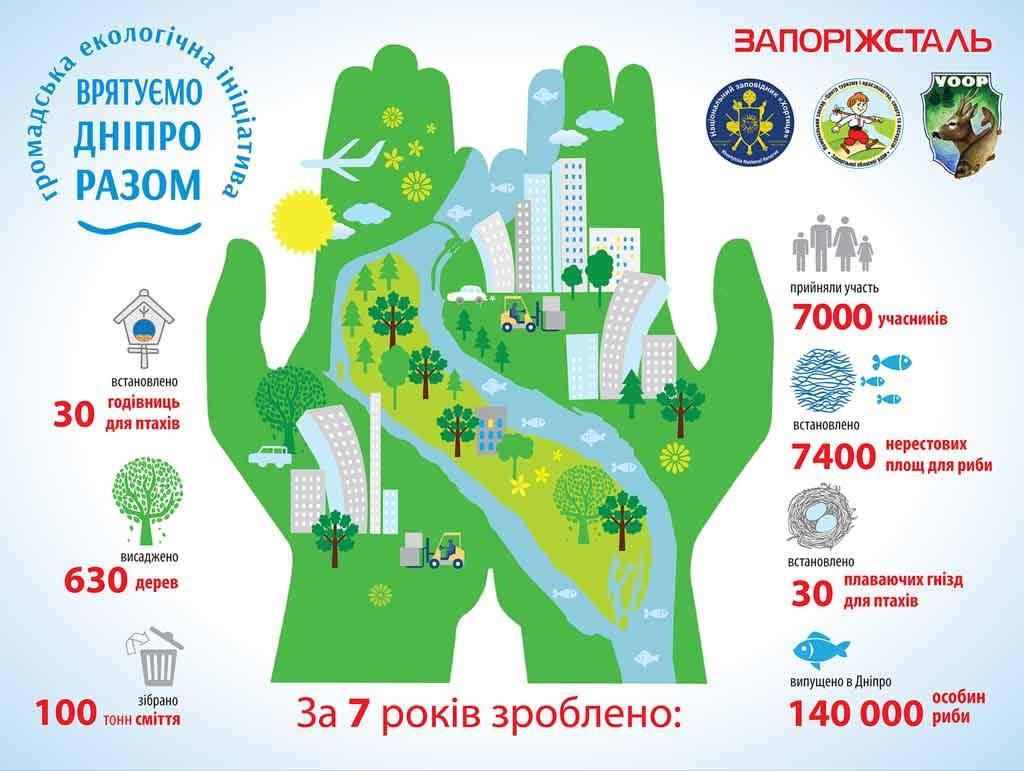 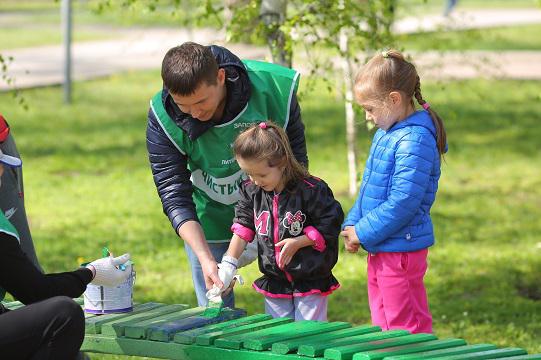 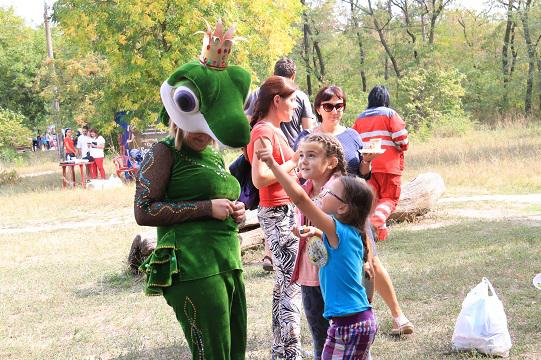 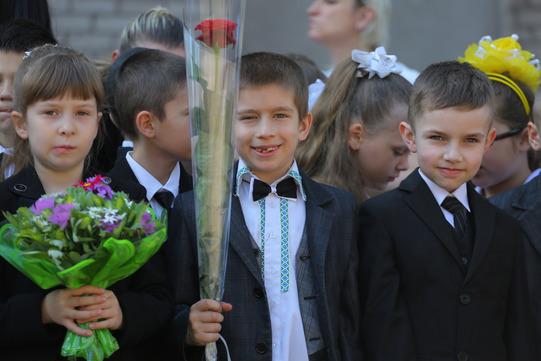 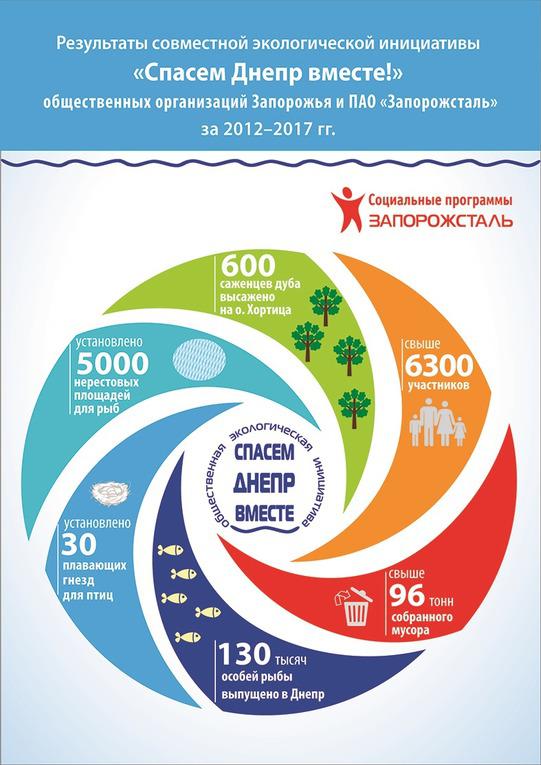 Public environmental initiative “Save the Dnieper Together!” PJSC “Zaporizhstal” is recognized as the best in Ukraine among social projects 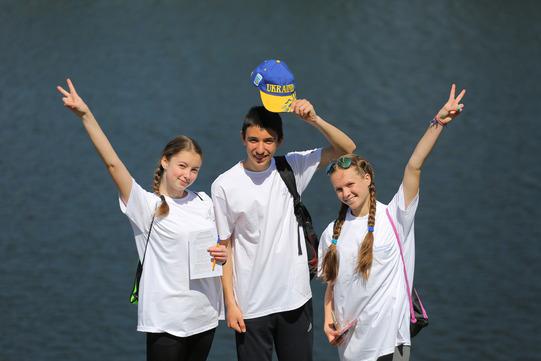 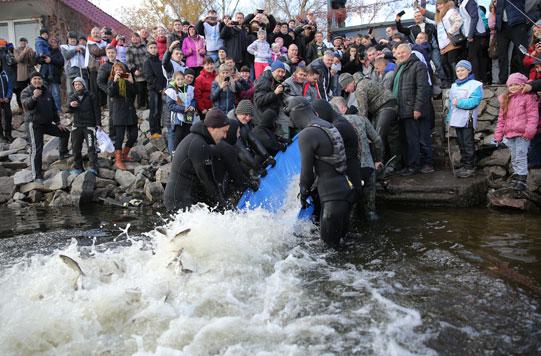 10 THOUSAND SPECIES HAVE BEEN RELEASED INTO RIVER DNIEPER WITHIN LIMITS OF PUBLIC INITIATIVE “SAVE THE DNIEPER TOGETHER! 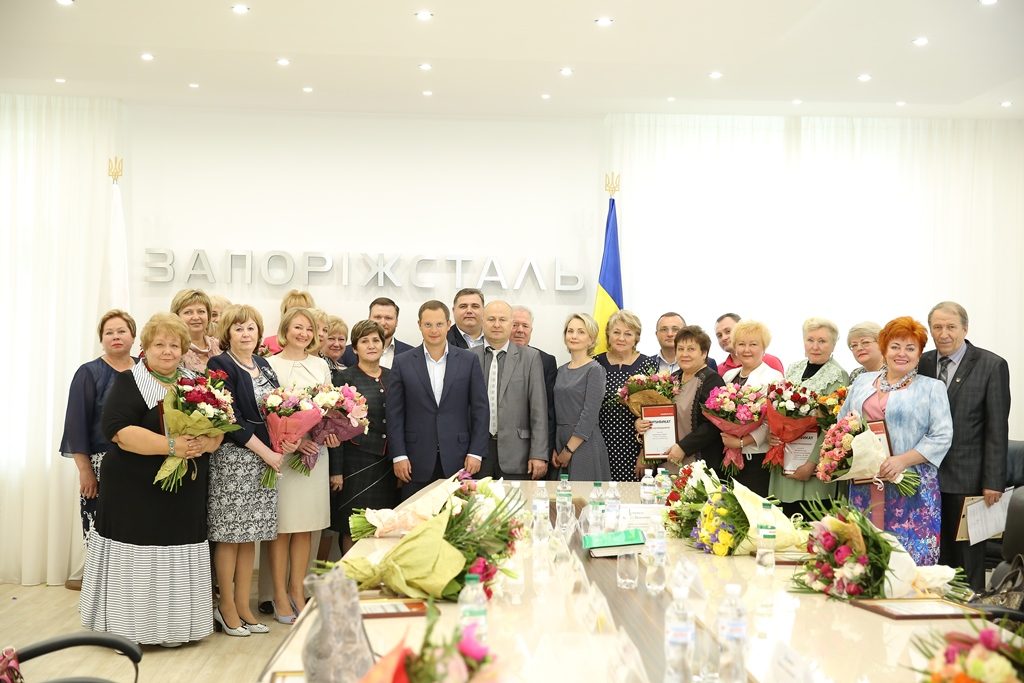 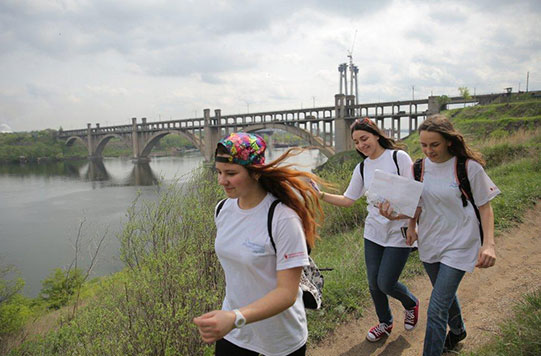 PJSC “ZAPORIZHSTAL” CONDUCTED AN ENVIRONMENTAL QUEST FOR PUPILS OF ZAPOROZHYE