The First Industrial Tour Was Held at the PJSC “Zaporizhstal”

Tourist Information Center of Zaporozhye city launched a new tour for citizens and visitors of the city, which is called “STEEL’NE MISTO ZP” and includes an excursion to the PJSC “Zaporizhstal” works. 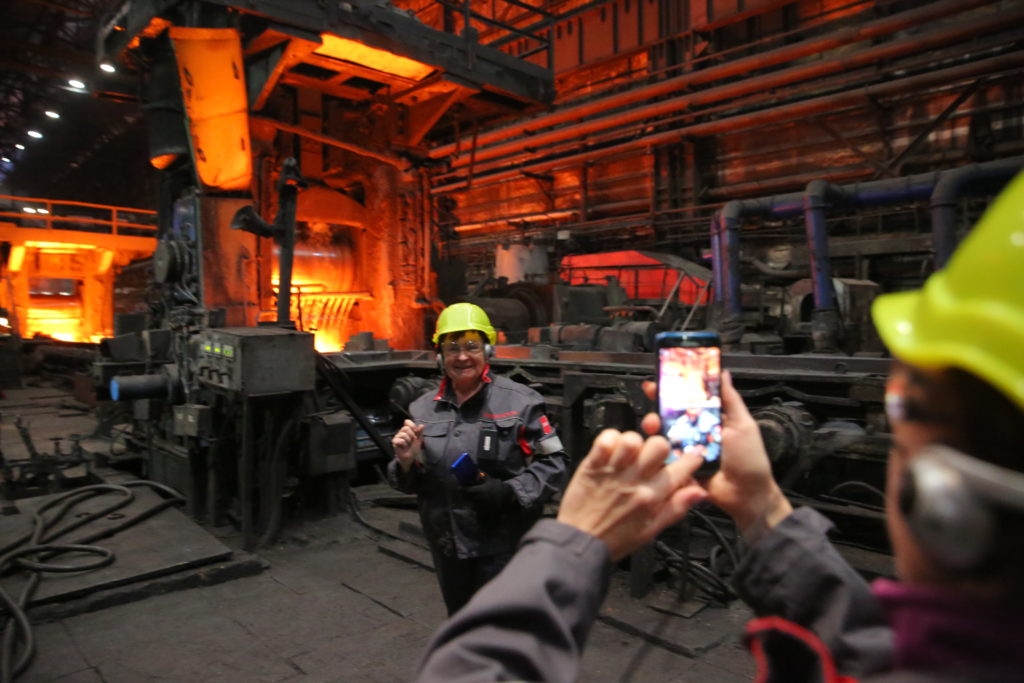 Head of the Tourism Department of the City Council’s Department of Culture and Tourism, Katerina Simonova, told us, why industrial tourism was a promising trend in the modern world, quoted below:

– The exclusive tour “STEEL`NE MISTO Z” appeared in the Tourist Information Center due to a long negotiations with the management of the PJSC “Zaporizhstal” works. I am very grateful to the General Director of the PJSC “Zaporizhstal” Rostislav Shurma for the opportunity to carry out our tour at the enterprise. It was not only an important step, but also very modern. Today’s industrial tourism is among the top five most popular destinations in the world. Our excursion for three hours immerses tourists into the world of production. Moreover, when I see the eyes of people who get striking impression of scale and production power, I understand that our efforts have not been in vain.

Before visiting the workshops, all excursionists were instructed in labor protection and changed their outfits for work wear.

The excursion route began with the control room – the guests were shown how it is possible to control the steel production at the most important stages with the help of modern technologies.

Then the group went to the thin sheet hot rolling mill shop. Here you can see how the steel work pieces are rolled out into a thin sheet, which has an unusual bright color due to heat and high temperatures. 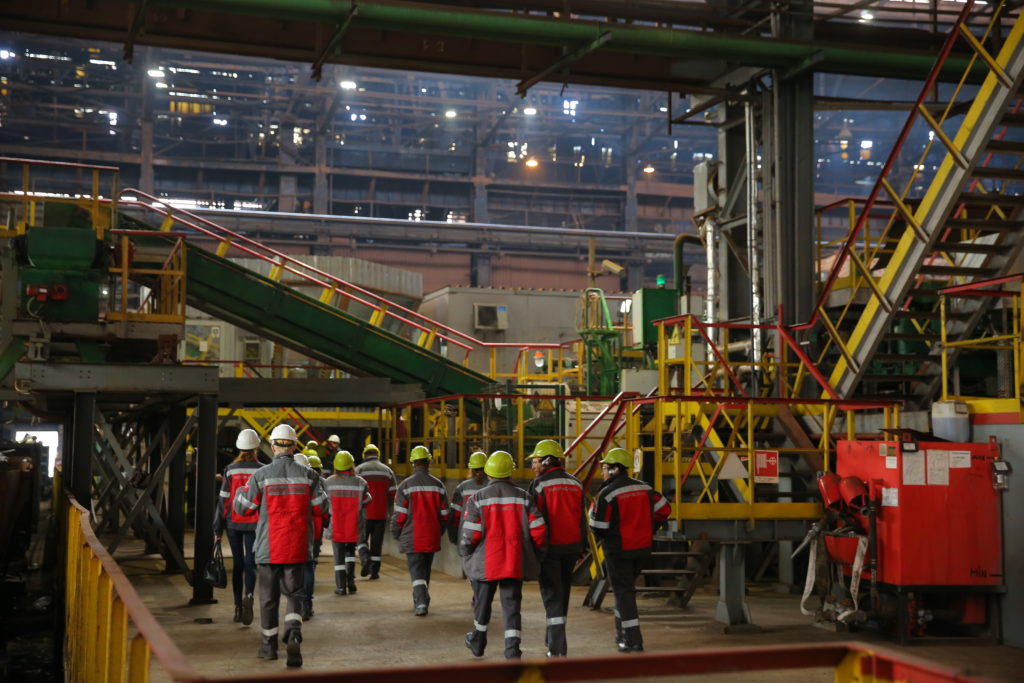 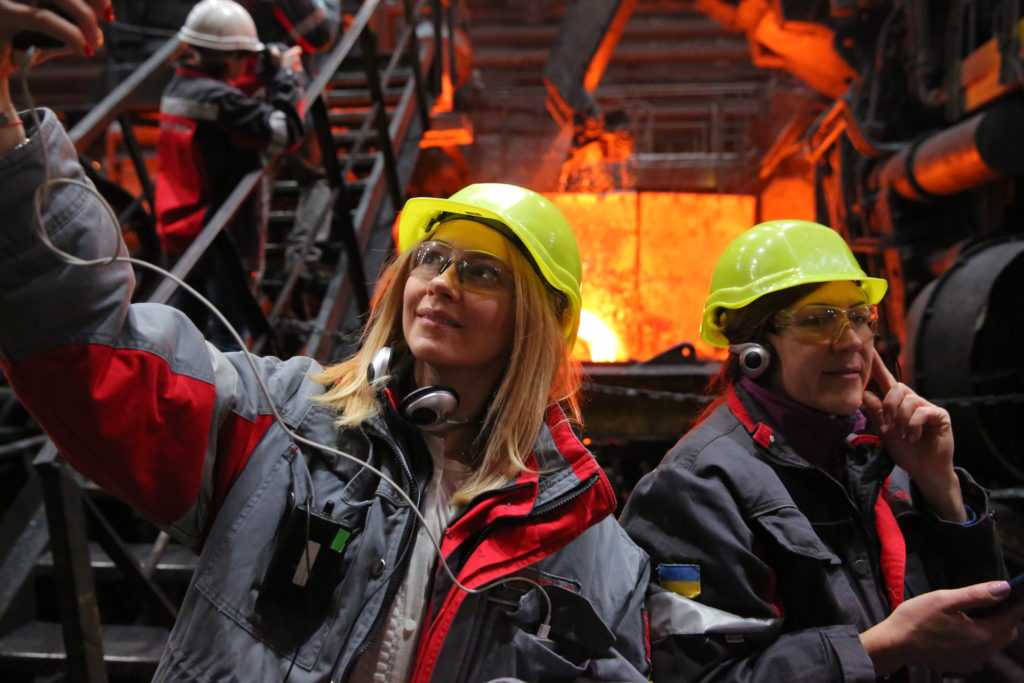 Evgenia Shagoyan, artist, told us her impression, quoted below:

– I have already been once at “Zaporizhstal” works, performing artistic work.  Then I saw everything very superficially, but still, I felt this power, unusual for a city dweller.  When I learned that an excursion group would be formed to the works, I immediately called and signed up.

In some ways, I even regret that this is not my first visit here.  Actually, the coolest impressions are, of course, the very first.